Aldo Rossi (born May 3, 1931, Milan, Italy–died September 4, 1997, Milan, Italy) was an Italian designer and architect who achieved international recognition as a theorist, author, artist, teacher, designer, and architect. Rossi was the first Italian architect to receive the Pritzker Prize for architecture in 1990.

Aldo Rossi’s Formative Years And Early Experience As An Architect

His early education was with the Somascan Religious Order, and then he studied at Alessandro Volta College in Lecco. In 1949, he started his studies in architecture at the Politecnico di Milano, graduating in 1959 with the assistance of his thesis advisor, Piero Portaluppi. In 1955, he was invited by architect and writer Ernesto Nathan Rogers to collaborate in the magazine Casabella-continuità, where he would write until 1964.

EXPLORE OUR COLLECTION OF ARCHITECTURAL DRAWINGS AND PAINTINGS BY ALDO ROSSI

During 1956 and 1957, Aldo Rossi worked at the studios of the influential architects and furniture designers Ignazio Gardella and of Marco Zanuso. In 1963, Aldo Rossi started his long involvement in academia, first as an assistant professor to the architect and urban planner Ludovico Quaroni, at the school of urban planning in Arezzo, and in 1965, as an assistant professor to architect and urban planner Carlo Aymonino, at the Institute of Architecture in Venice. In 1966 he was appointed lecturer at the Politecnico di Milano, and published The Architecture of the City, which soon became a classic text in architectural literature. His role as an academic endured his entire professional life, and, in the U.S. alone, he became a visiting professor at Harvard, Yale, Cooper Union, and Cornell.

During the 1960s, Rossi’s professional career was dedicated almost entirely to architectural theory, but it took a different direction in 1970 when he designed, for Carlo Aymonino, an important part of the Monte Amiata housing complex in the Gallaratese quarter of Milan, and, independently, when he designed part of the San Cataldo Cemetery in Modena, Italy (1971-1984).  The Cataldo Cemetery is one of Aldo Rossi’s larger-scale projects, and is considered one of the first and most important postmodern buildings in the world. In 1979, Rossi designed a more discrete, but equally important work for the Venice Biennale: the floating Teatro del Mondo, an homage to 18th-century Venice. Regarding the Teatro del Mondo, Rossi said “The theater, in which the architecture serves as a possible background, a setting, a building that can be calculated and transformed into the measurements and concrete materials of an often elusive feeling, has been one of my passions.”

From 1971 until 1975, Rossi served as the chair of architectural design at the science and technology school ETH in Zurich. In 1973, he was the director of the International Architecture Section at the XV Triennale di Milano (Milan Triennial) Exhibition of Decorative Arts and Modern Architecture. For this exhibition, he coproduced the documentary film Ornament and Crime, directed by Luigi Durissi, in which he approached and criticized the idea of an all-encompassing architecture that suppresses the agency of users and designers to change the environment. In 1975, Aldo Rossi returned to Italy to teach architectural composition in Venice.

EXPLORE OUR COLLECTION OF ARCHITECTURAL DRAWINGS AND PAINTINGS BY ALDO ROSSI

Rossi’s work as an architectural theorist and urban designer is best exemplified in two of his books: The Architecture of the City (L’architettura della città, 1966) and A Scientific Autobiography (Autobiografia Scientifica, 1981). In these writings, as well as in his design work, Aldo Rossi refers to the city as the focal point and criticizes the lack of understanding of the concept of a “city” in current architectural practice. He argued that a city must be studied and valued as something constructed over time and that of particular interest are the urban artifacts that withstand the passage of time.

Throughout his career, Aldo Rossi completed many important projects outside of Italy, such as the Toronto Lighthouse Theatre in Canada; the Palazzo Hotel and Restaurant Complex in Fukuoka, Japan; the Monumental Arch in Galveston, Texas; the new School of Architecture in Miami, Florida; the Pocono Pines houses in Mount Pocono, Pennsylvania; and the Parc de la Villette in Paris, France.

Aldo Rossi was selected by the then Venice Biennale Architettura (Venice Architecture Biennale) president Paolo Portoghesi to direct the Venice Architecture Biennale on two different occasions. For the 1985 exhibition, Rossi invited established and emerging architects from all over the world to participate in Progetto Venezia (Venice Project), to explore interventions and reinventions of different sections of Venice. For the 1986 exhibition, Rossi focused on exploring the work of  dutch architect Hendrik Petrus Berlage (Amsterdam, 1865-1934), and in particular Berlage’s proposal to look at the buildings in the context of their history and how contemporary architecture should keep with the past. These were topics that Rossi himself had focused as a main concern in his books The Architecture of the City and A Scientific Autobiography.

In 1987, The House of Architecture in Moscow organizes a solo exposition, and Rossi wins the international prize La Villet in Paris. That same year, Rossi presents a collection of his works at the RIBA in London and wins the international price by the German Historical Museum in Berlin. In 1993, The Berlinische Galerie in Berlin and the Museum of Contemporary Arty in Grand, Belgium, organized a comprehensive exhibition of his work.

In terms of product design, the same distinctive independence of Rossi’s buildings is very much reflected in the micro-architectures of the products he designed. Among his product designs are the iconic Parigi chair for Unifor (1980), made out of an exposed black aluminum frame in which two aluminum curved sections act as the arm rests and the front legs; in collaboration with Luca Meda, the Teatro chairs for Molteni, originally designed for the Carlo Felice theater in Genova (1983); the Carteggio chest of drawers for Moletni (1987); and a series of designs for Alessi such as stainless steel cafetières (mostly expresso and french press coffee makers) such as the Tea and Coffee Piazza set,  La Cupola (1988), the tea kettle Il Conico, and the Prometeo floor lamp (1988). 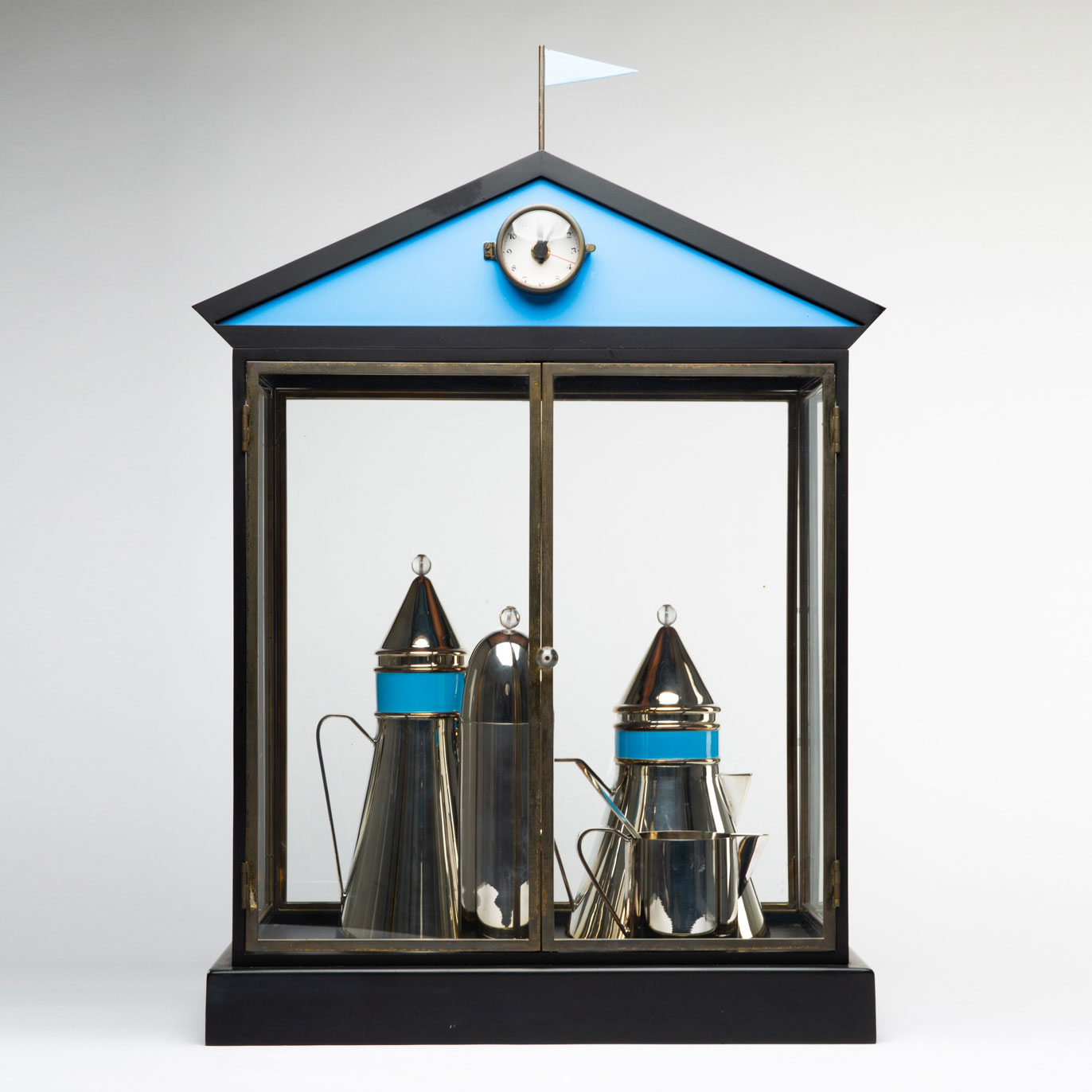 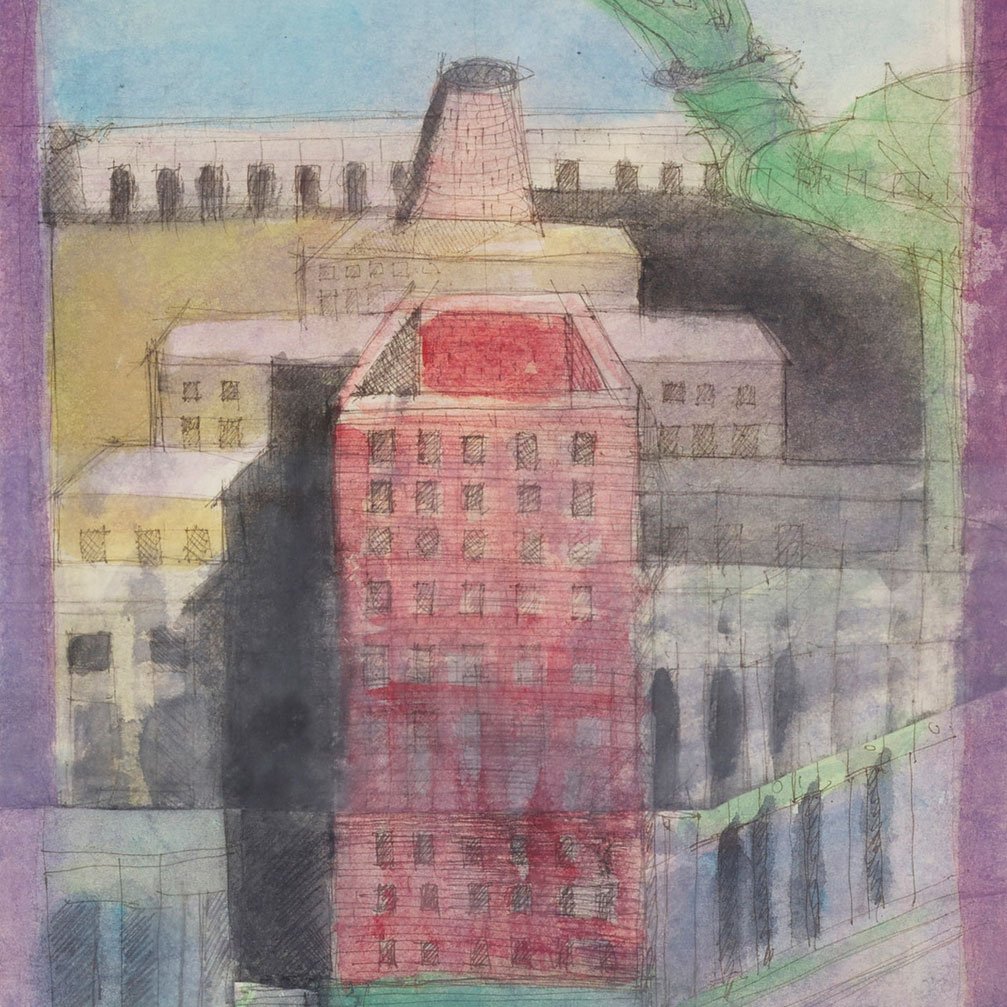 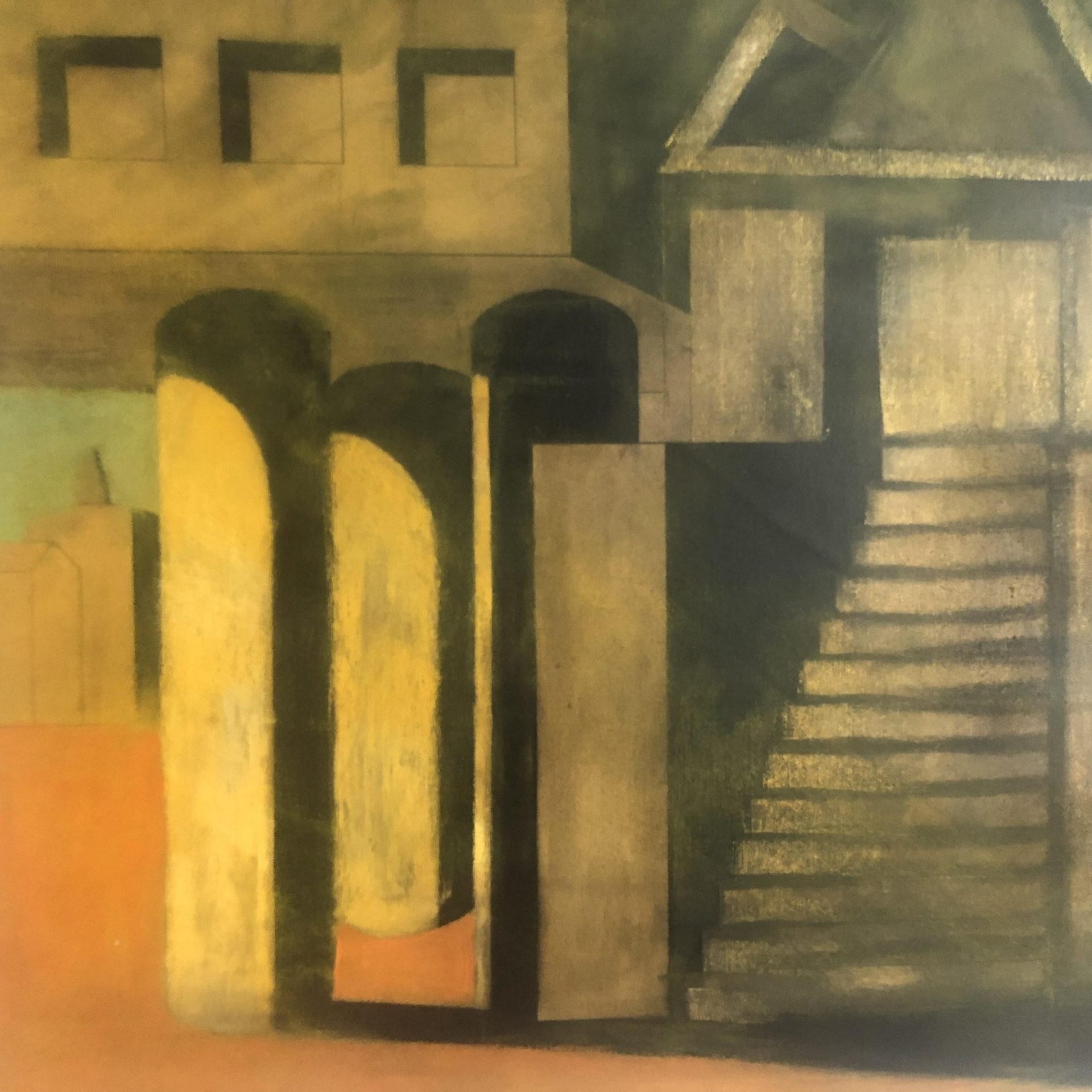 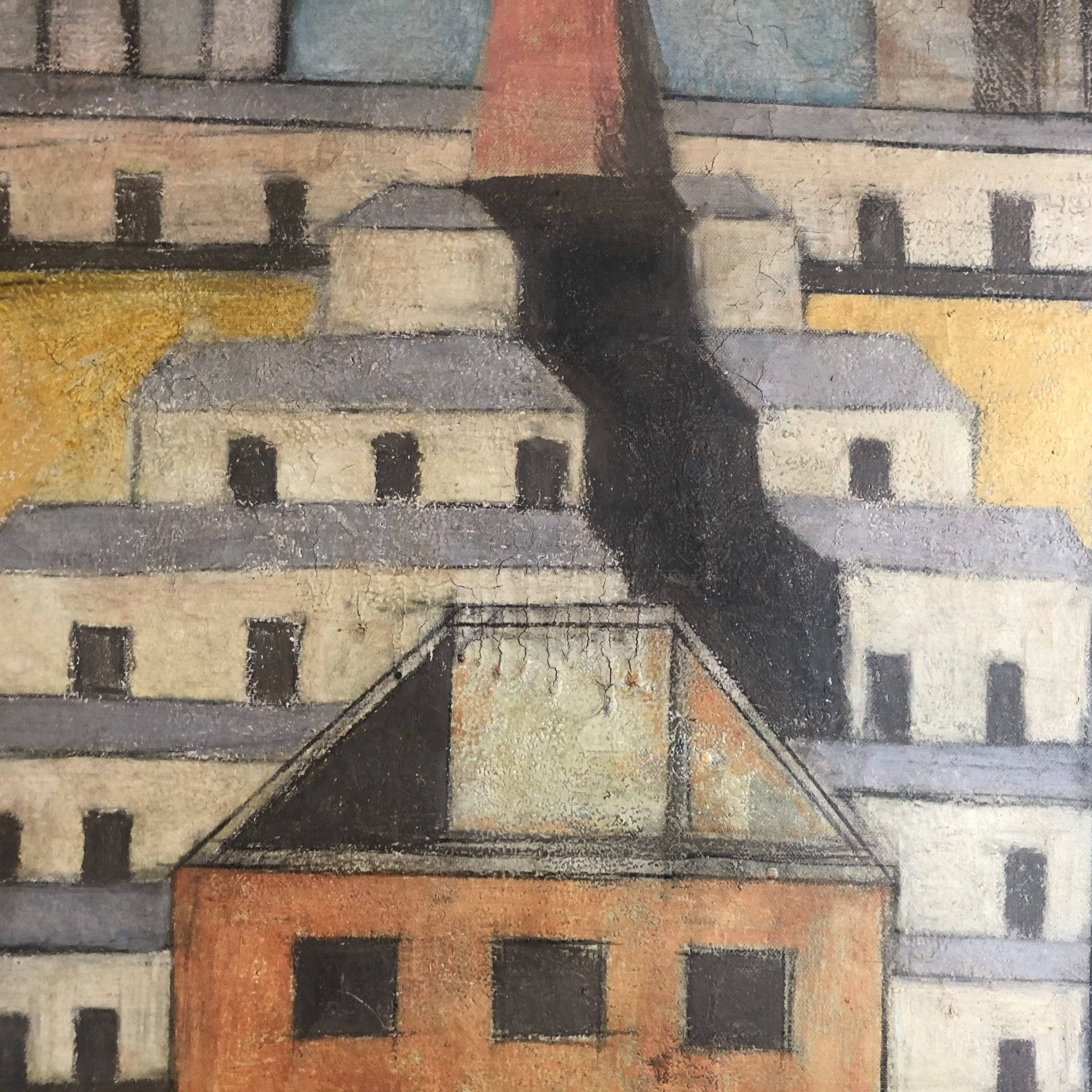 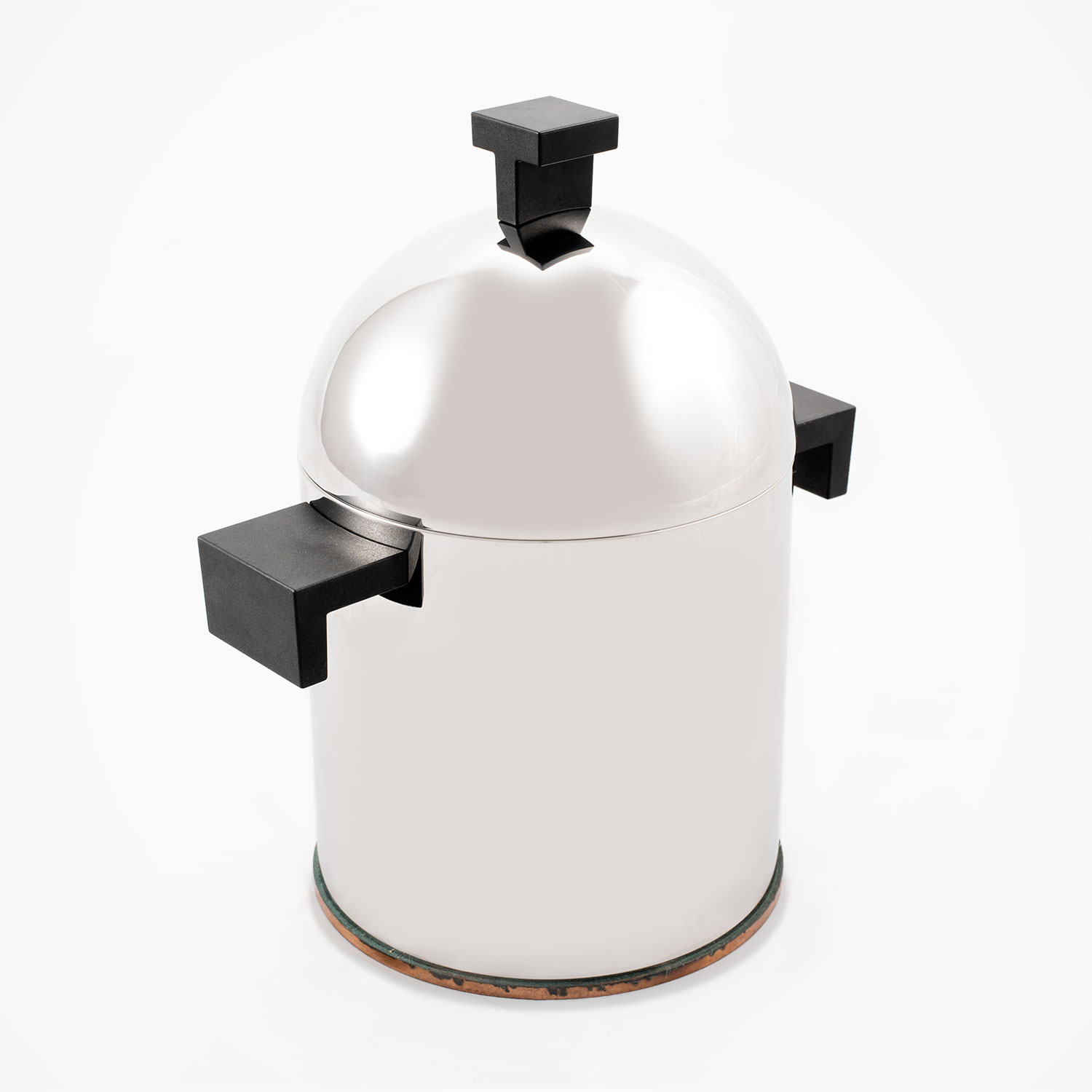 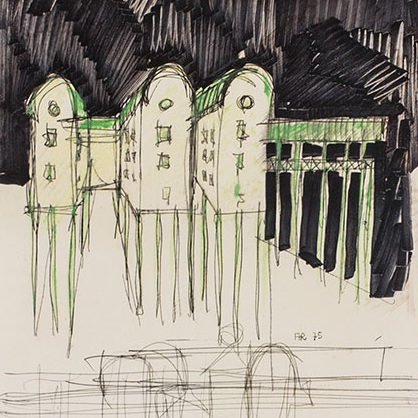 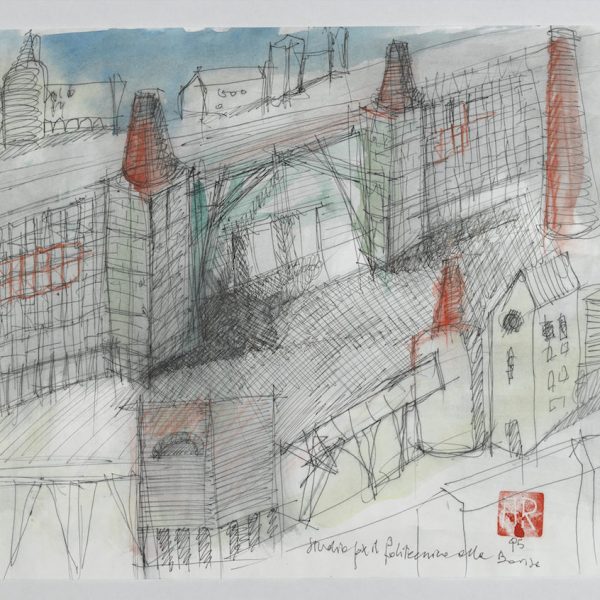 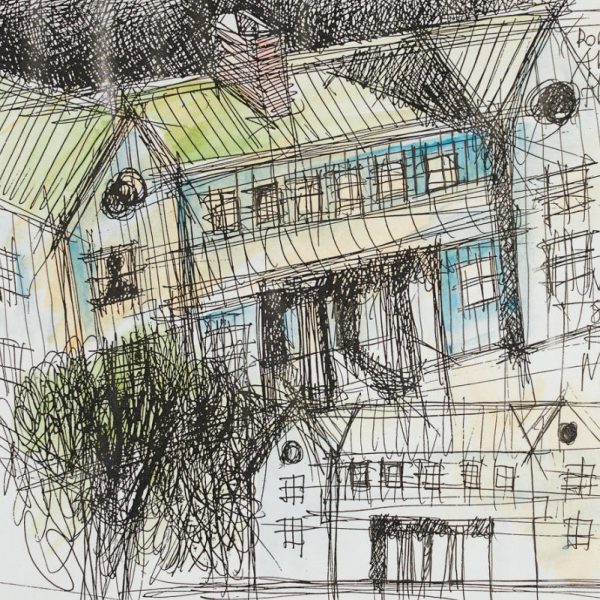 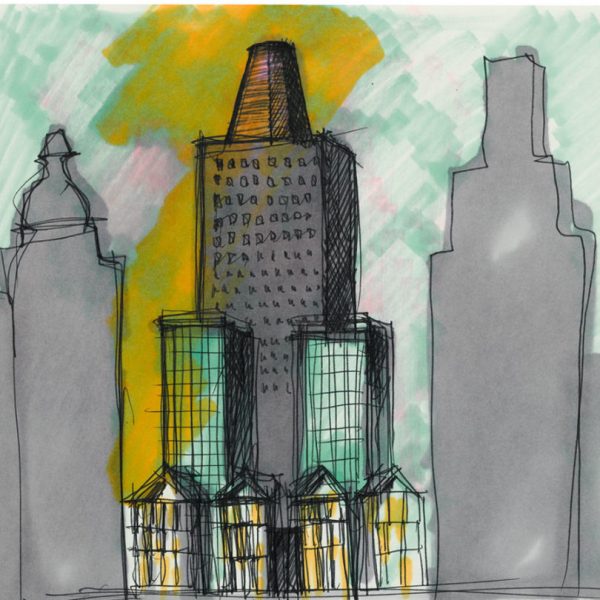 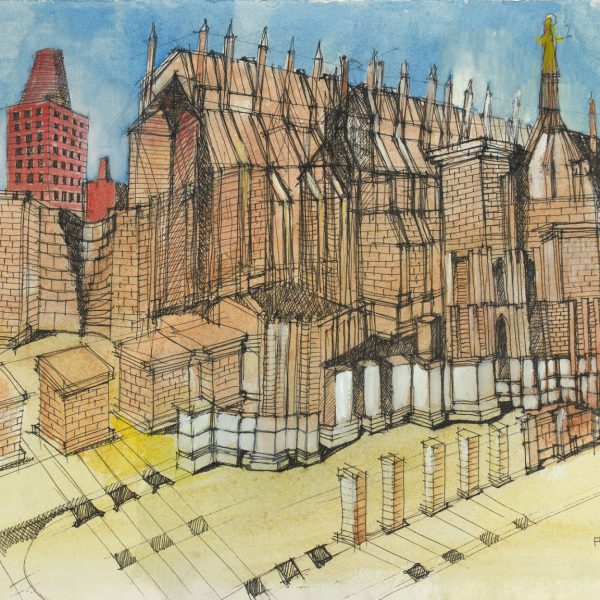 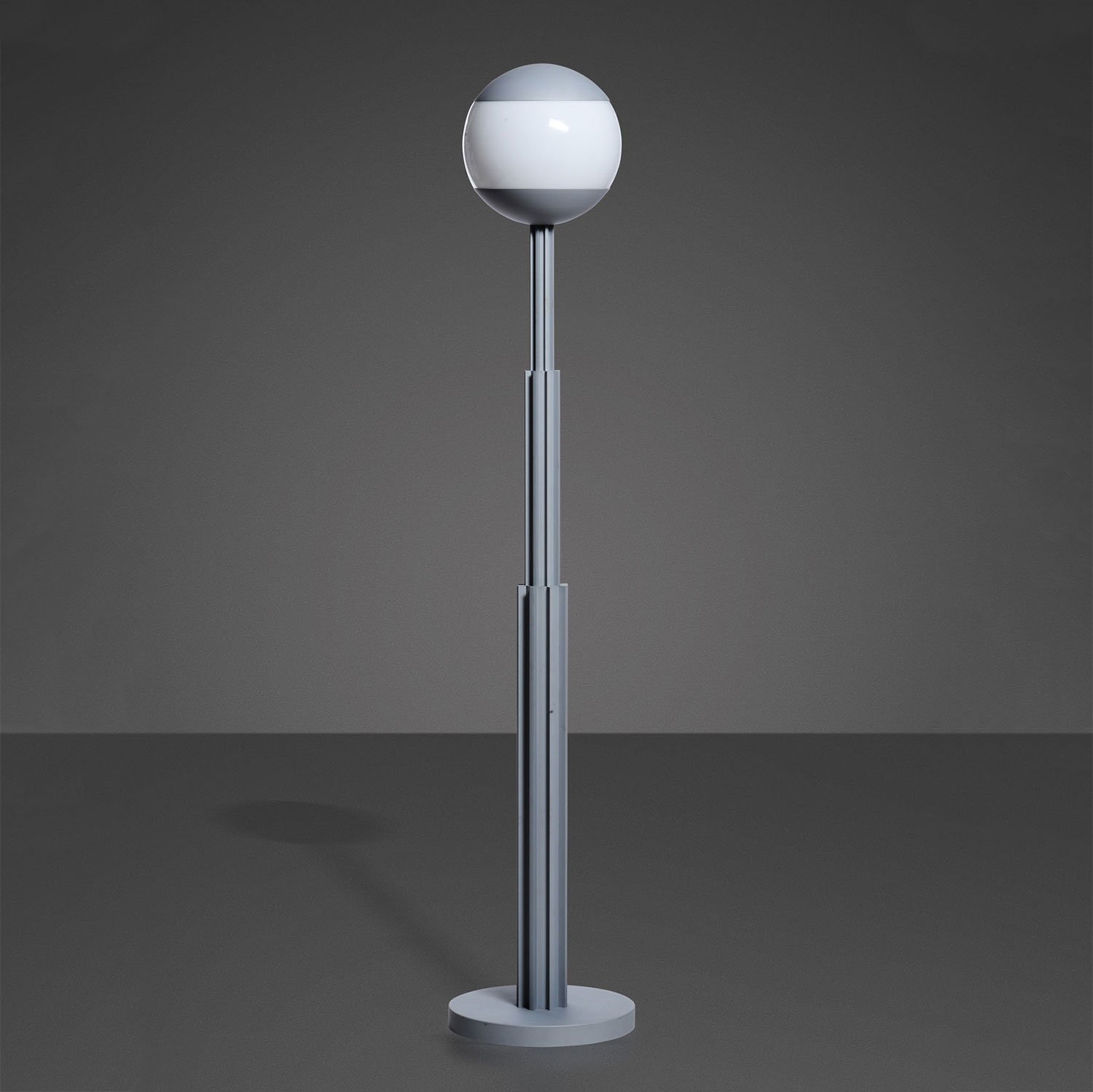 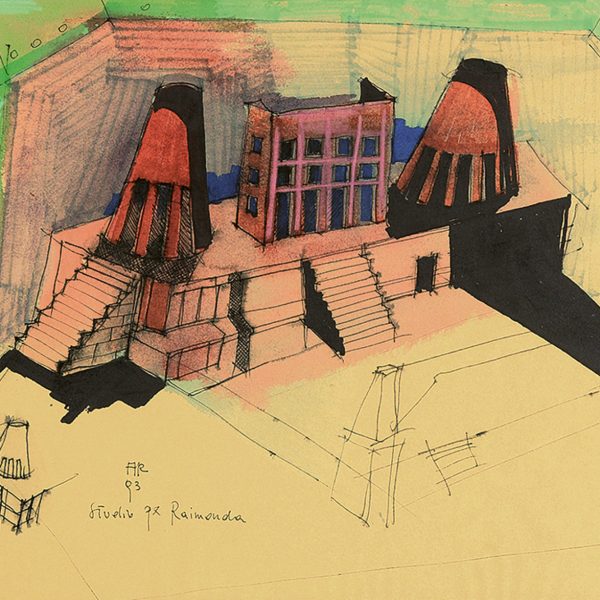 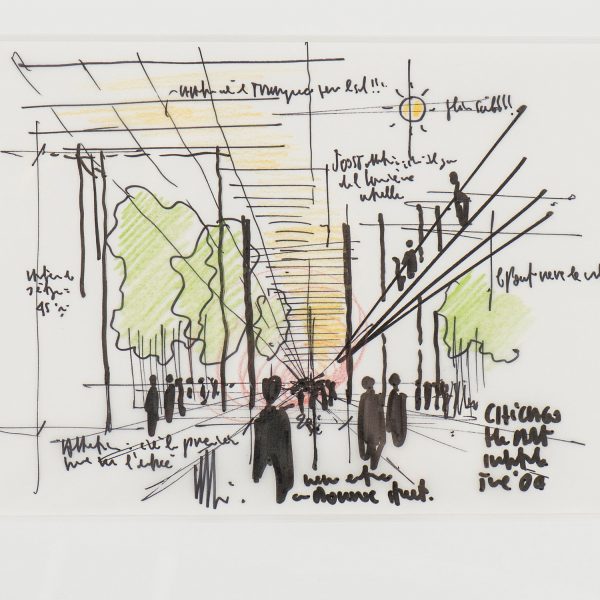 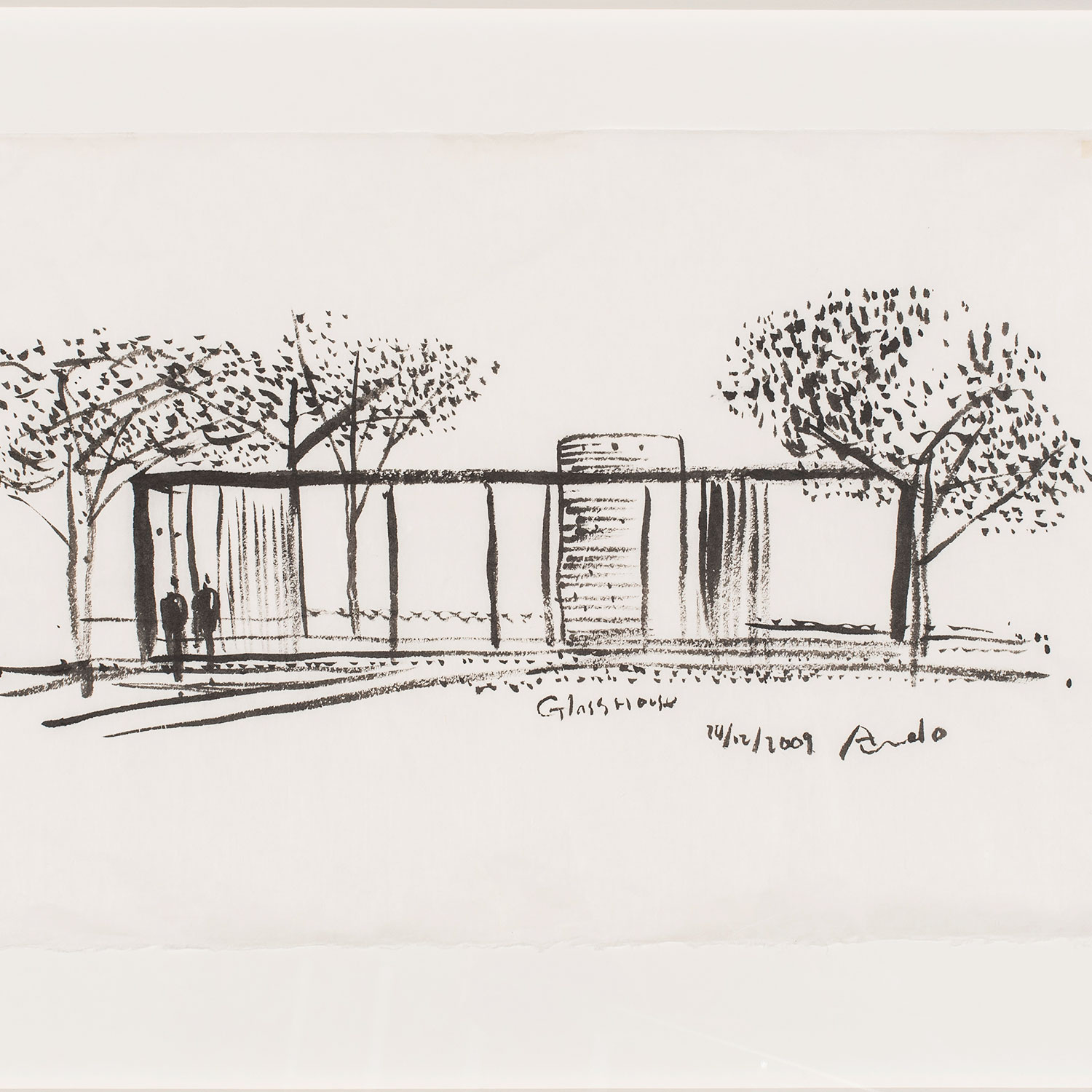 Aldo Rossi: The life and Works of an Architect

The Architecture of the City