If you have not heard about Architect Umberto Riva, you may not be alone.  The article starts by stating that “Umberto Riva is the known unknown in the world of architecture…Riva has instead created spaces and objects that, in the words of Milanese architect Luca Cipelletti, are elegant to the point of being unrecognizable.”

The interview has a series of smart questions that Hand Ulrich Obrist asks Riva; and Riva answers them with the wit of a privileged mind, a cultured spirit, and the wisdom of a nonagenarian longevity. It doesn’t matter if you have an appreciation for architecture and design or not, this article provides a wise approach to life. 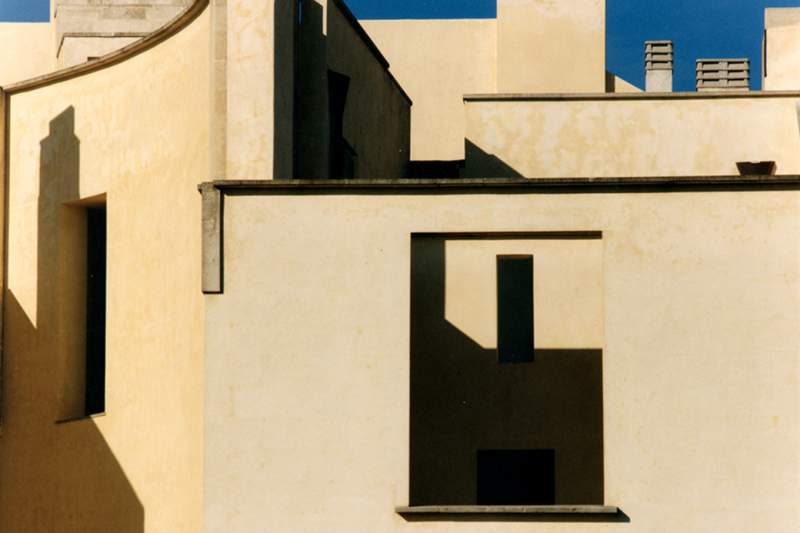 Umberto Riva describes how much he learned from Italian architect Carlo Scarpa, when he moved to Venice to continue his studies at Istituto Universitario di Architettura di Venezia; about his passion for drawing, and how he has learned and appreciated to work with his own mistakes.

Throughout his long career, architect Umberto Riva has made significant contributions to architecture; among these are: Casa Berrini in Taino (1967), Casa Frei in Milan (1983-1984), Casa Vernizzi in Paris (1988), Casa Insignia in Milan (1989), Palazzo dell’Arte in Milan (1994-1995), the Church of San Corbiniano in Rome (2011). But, as most notable architects–specially Italian architects of the post-war era, Umberto Riva has also contributed greatly as a furniture designer. In fact, many of his furnishing designs are an important and intractable part of his architecture, as can be seen in the table at the Casa Insignia (picture below). Among Riva’s most notable furnishing and lighting designs are: the omnipresent E63 lamp (1963), the Medusa lamp for VeArt (1970), the Metafora table lamp for Fontana Arte (1980), the Sospesa table lamp for Barovier & Toso (1984), the arm chairs for Poltronova (1986), and the wooden table for Montina–with its legs made of inwardly inclined wooden sheets (1997). 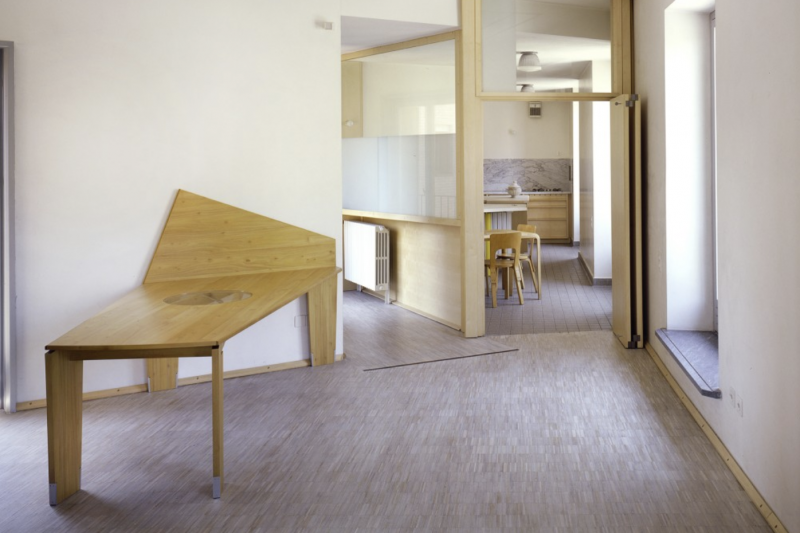 There is also something very invigorating about this PIN-UP interview, and that is that Riva continues to work designing architecture and designs. He is currently creating new furniture designs for  Gallery Giustini/Stagety in Rome, and is working on a few architectural projects. Riva ends the interview stating: “…one makes architecture because it is a lifesaver that gives answers to the nonsense of living.”