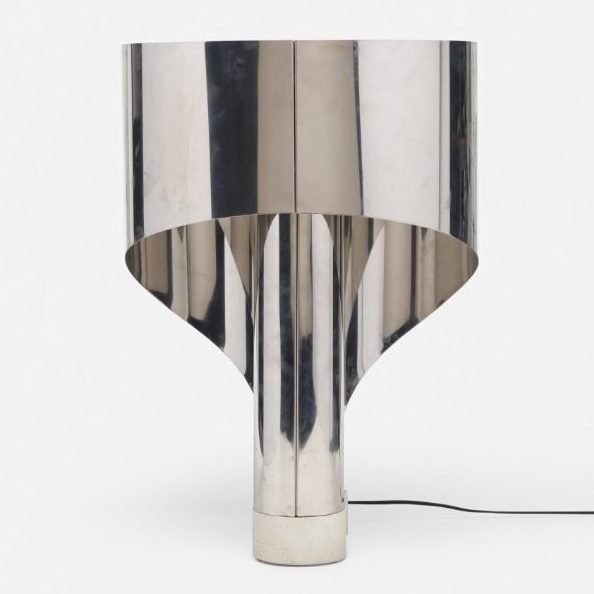 Stilnovo (established 1946) was founded by Bruno Gatta in Lainate, a city on the outskirts of Milan, just as Italy was grappling with the effects of reconstruction after World War II. Seeking a new design aesthetic that would speak to the sentiment of the new era, while also being mindful of the relative austerity of Italy at the time, Bruno Gatta launched Stilnovo focusing its light designs on function and practicality.

To unify this new design sense, Bruno Gatta selected the name Stilnovo, which translates to “new style.”   A term that was first used by the 13th-century Italian literary movement, Dolce Stil Novo, championed by Dante Alighieri, Guido Guinizelli, and Guido Cavalcanti, that aimed for a superior and more intelligent poetry with the use of metaphors and symbolism. Gatta sought the cleverness and understood the need for a new design language, and appropriated the name to execute his vision. read more

In the mid 1950s, Angelo Gaetano Sciolari was brought in to Sitlnovo as its head designer. Gaetano Scolari was an accomplished light designer and businessman that had previously managed his family lighting company. As the economic situation in Italy improved, Sciolari was able to consolidate Stilnovo’s position as one of the premier lighting companies of the time, becoming a beacon of design experimentation and setting a unique and compelling lighting style imitated by many.

Stilnovo became recognized internationally, with several of their designs showcased in the landmark “Italy: The New Domestic Landscape” exhibition at New York’s Museum of Modern Art in 1972. But by the later part of the 20th century and early 2000s, Stilnovo sales and prominence declined. In 2012 Massimo Anselmi purchased the company and its intellectual property, and since then he has embarked on series of re editions of the Stilnovo’s most iconic pieces.

Designers that have worked with Stilnovo

Designers that have worked with Stilnovo