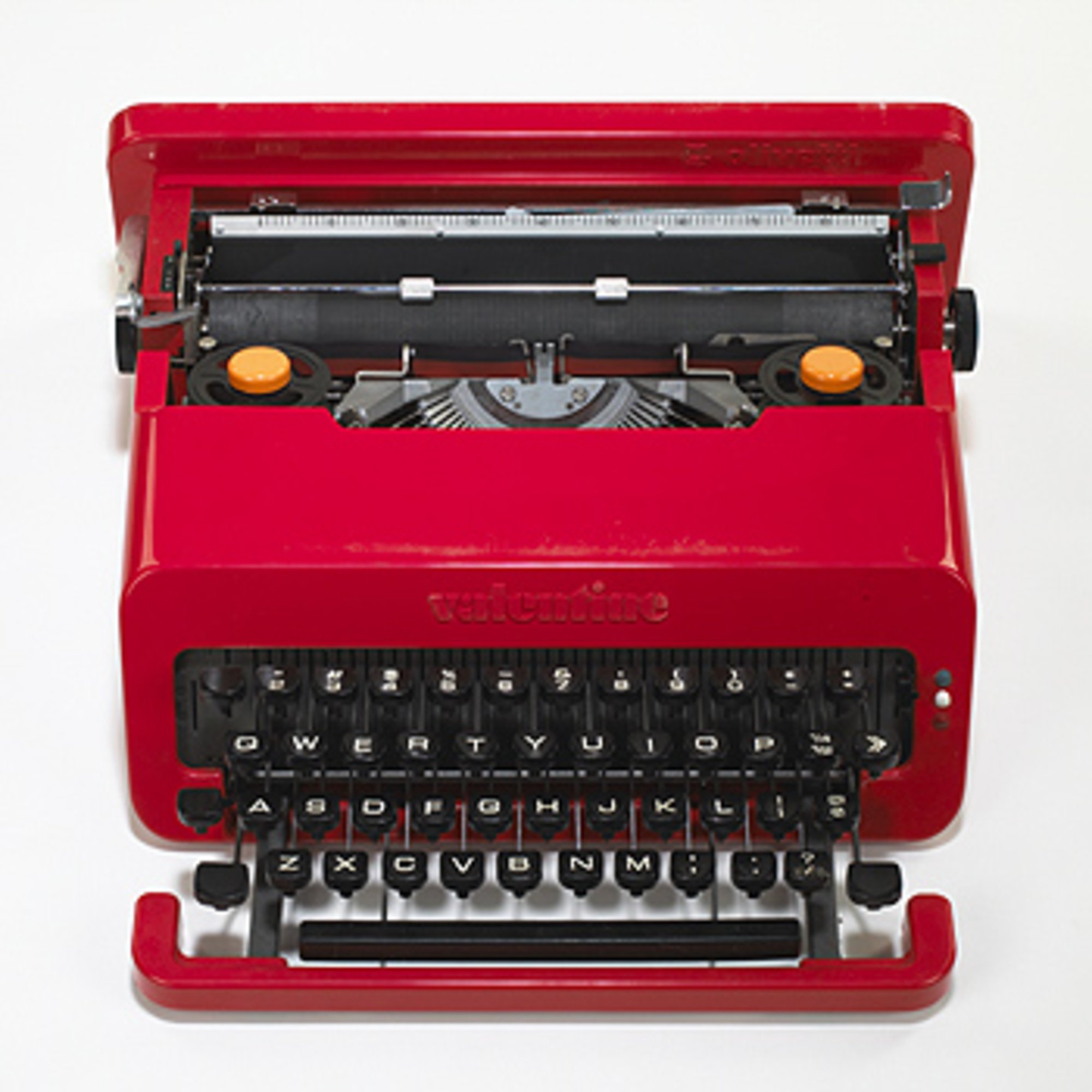 Olivetti, or Olivetti & C. SpA, (established 1908) is an Italian company that started as a typewriter manufacturer more than a century ago, and grew over the course of the 20th century to become one of the most influential product design and manufacturing companies of its time.

In 1908, Camillo Olivetti (1868–1943) opened the Olivetti manufacturing company in Ivrea, Italy, and aimed from the very outset to revolutionize the nature of the modern typewriter. At the 1911 Turin Universal Exposition, he debuted the Olivetti M1, a model that reflected Olivetti’s desire to upset the aesthetics that had governed the design of typewriters until then. The success and ingenuity of Olivetti designs accelerated when Adriano Olivetti took over control of the company in 1933 and introduced even more novel designs. These exciting new approaches to the design of the typewriter and—starting in 1948—the calculator were showcased in the 1952 exhibition “Olivetti: Design in Industry” at New York’s Museum of Modern Art. read more.

Part of the success of these new designs was that they resulted from close collaborations with some of the leading designers of the day, a network that Adriano Olivetti built himself. An important example of these collaborations was when, in 1957 (completed in 1958), Adriano commissioned fame Italian architect Carlo Scarpa to design a display space for Olivetti products in the Piazza San Marco in Venice (you can see Carlo Scarpa works here). This Olivetti display store instantly became a magnet for design enthusiasts and connoisseurs and assisted the company in cementing its reputation as a design powerhouse—in a similar way in which today Apple Inc. approaches the design of its physical stores. Other prime examples of how leading designers collaborated with Olivetti were Bruno Munari‘s  innovative curatorial work at the 1962 Olivetti showcase within the company’s Milan showroom; Ettore Sottsass’s inventive Elea 9003 mainframe computer (1958), which won the coveted Compasso d’Oro award the following year; and Mario Bellini’s design for the Lettera 35 typewriter (1978). During a great part of the second half of the 20th century, Olivetti ensured its ongoing success by bringing a level of modern design thinking to the scientific machines that had previously been categorized as big and clunky.During the last decade of the 20th century, Olivetti continued to strive and, in some cases, succeeded in bringing important product design innovations and commercial successes. British designer George Sowden teamed with Olivetti to create the Olivetti fax OFX420, which garnered Olivetti another Compasso d’Oro award in 1991; only a handful of years later, Olivetti would take home another Compasso d’Oro in 1999 for its novel take on the inkjet printer.

The turn of the century brought a period of restructuring for the company as the fiercely competitive and, by then, low-margin computer manufacturing market forced Olivetti to exit this segment. In 2005 Olivetti launched a smart phone, which the company has been producing since 2013, but this market too has been dominated by technological innovations from Apple and the Android platform smart phones of the Far East.

Today Olivetti offers only a small assortment of printers, calculators, and 3D printers, and has diversified into offering Internet of Things (IOT) solutions, digital eLearning solutions for schools, and other digital business solutions.

“Olivetti.” Museum of Design in Plastics.

Designers that have worked with Olivetti

Designers that have worked with Olivetti