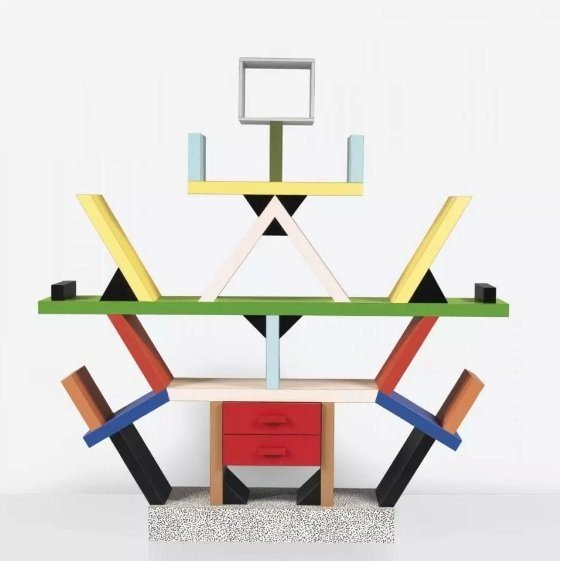 Collaborative of Italian designers and architects

The Memphis Group (established in 1981) was a collaborative of designers and architects who helped to define the aesthetics of the Postmodern era. Established by Ettore Sottsass, the Memphis Group shared the critical perspective of the radical Italian movement towards Modernism, but with the distinct determination of not becoming a purely experimental movement, such as the 1970’s experimental groups Superstudio, Archizoom, and UFO, the Memphis Group resisted an utopian approached and focused from its inception on designing and creating expressive, colorful, kitschy and exaggerated household objects with whom the users could form an emotional bond.

The Memphis Group revived a blend of Art Deco references and Southern Asian aesthetics amid Pop Art echoes and the use of industrial materials. It was a direct reaction against the austerity of the Minimalist age, and challenged the established norms of modernist “good taste.” Accordingly, the Memphis designs included fresh, playful furnishings that reflected the past while envisioning the future. read more

Sottsass called this meeting on December 1980 in Milan, with the architects Martine Bedin, Aldo Cibic, Michele de Lucchi, and Marcon Zanini, and Sottsass wife, the critic Barbara Radice, with hopes that the group could change the narrative of modern design. Shortly after its inception, a growing number of young international designers such as Shiro Kuramata, Hans Hollein, Michael Graves, and George Sowden and Nathalie du Pasquier–both of whom had worked with Sottsass at Olivetti, decided to join the group.

Having emerged from decades of the sleek geometry, streamlined motifs, and reduced palettes of the modern minimalist age, the Memphis Group sought to establish a new design approach that acted in direct opposition to the Modernist canon. Rumored to have been serenaded by the Bob Dylan song, “Stuck Inside of Mobile with the Memphis Blues Again” (released 1966), for the duration of this initial meeting, they decided to dub their new collaborative “The Memphis Group.”

From the very beginning, the Memphis designers revealed their critical study of past design aesthetics and approach to create remarkably novel forms and design philosophy. The project succeeded with the assistant of close fiends such as cabinetmaker Renzo Brugola, and, eventually, when Ernesto Gismondi, owner of Artemide, financed the production of the Memphis designs. The Memphis Group showcased a suite of 54 Memphis designs on September 18, 1981 at Milan’s Salone del Mobile, and changed the course of contemporary design and contributed greatly to the design of the end of the 20th century.

Asymmetric and amorphous forms from small decorative objects, like Michele de Lucchi’s “Antares” glass vase (1983) to full-scale furniture, such as Ettore Sottsass’ “Carlton” room divider (1981), came to life with bold colors and playful patterns like the characteristic “squiggle.” Examples like Sottsass’ “Carlton” room divider also reflected the group’s desire to experiment with surface, as it incorporated mirror-smooth laminates to give the work a futuristic feel to complement its uniquely vibrant color palette.

By 1982, as this new style transformed the living spaces of the bourgeoise with lively colors, innovative bold patterns, and shiny surfaces, Sottsass observed that “Memphis has breached a dam and the water is crashing through.” But the energy and captivation for the Memphis Group began to wane, and by 1988 the talented group of designers and artists of the Memphis Group dissolved.

Since the beginning of the 21st century there has been a serious reassessment and appreciation for these pivotal creative figures, and today the masters of the Memphis Group, and especially Ettore Sottsass and Michele de Lucchi, are recognized as integral figures in Postmodern Italian design. Their work has been celebrated in substantial retrospectives around the globe and has also served as design inspiration for fashion lines from major design houses including Missoni and Christian Dior in the early twenty-first century. 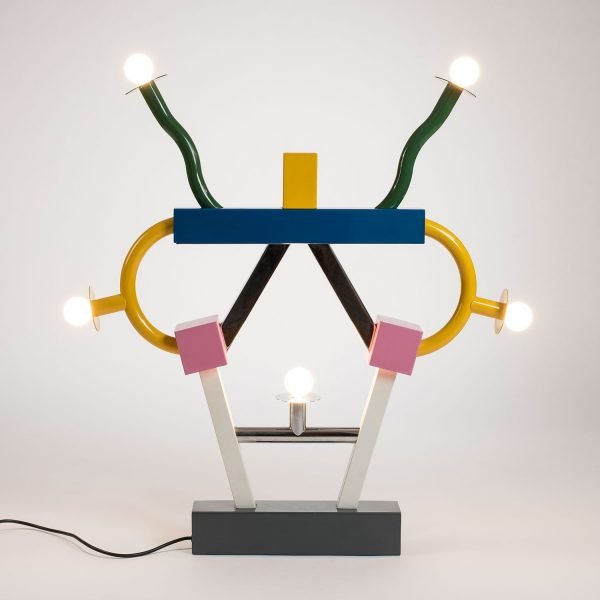 Designers that have worked with Memphis

Designers that have worked with Memphis