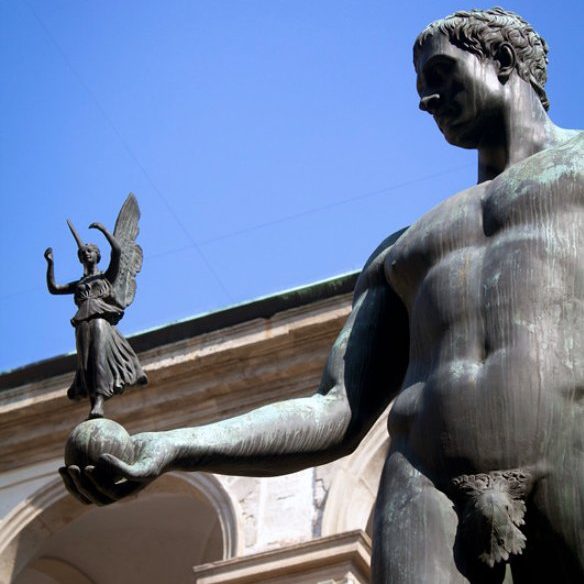 The Accademia di Belle Arti di Brera, or Accademia di Brera, is one of Italy’s most prestigious and historic academies. It is also an entity that had a major impact on the development of an Italian Modern identity, as it was, along with the Politecnico di Milano, an institution that taught many of the prominent artists, designers, and architects of the 20th century. In fact, the great success and peculiarities of the Italian design industry of the 20th century are, in great part, the outcome of the academic roles played by the Accademia di Brera and Politecnico di Milano; the entrepreneurial spirit of many of the artists, designers, and architects who graduated from these institutions; the well-established network of craftsmen in the Brianza region that influenced and enabled the creations of these graduates; and the economic buoyancy of Italy in the postwar era.

Many of the most prominent Italian designers of the 20th century, such as Enzo Mari, Claudio Vender and Mario Asnago, Pietro Chiesa, Osvaldo Borsani, Massimo Vignelli, Italian architect and designer Achille Castiglioni, Joe Colombo, and Carlo Bugatti, are among the alumni of the Accademia di Belle Arti di Brera.

Established in Milan in 1776 at the behest of Hapsburg Empress Maria Theresa of Austria, the Accademia di Brera was housed in the prominent Palazzo Brera, which served as a Jesuit college from when it was first built in 1615 until the suppression of the Jesuits in 1773. In addition to the Accademia di Belle Arti di Brera, the Palazzo Brera housed the art gallery Pinacoteca di Brera, the library Biblioteca di Brera, the botanical garden Orto Botanico di Brera, and other cultural institutions. The goal in creating the Accademia di Arti di Brera was to encourage a revolutionary mode of teaching fine art that responded more directly to public opinion and taste, thereby elevating training from the more guild-based tutelage of the day. This goal encouraged the development of a dynamic faculty.

By the 19th century, the Accademia had become the hub of the “avant-garde,” and this energy continued into the 20th. century. By 1891, the exhibitions of the Accademia had assumed a triennial presence and embraced the new styles and practices of the era. Masters such as Camillo Boito (1836–1914), who served as a member of the architecture faculty from 1860 to 1909, and Luca Beltrami (1854–1933), began to infuse the Accademia with a spirit of contemporary art and design that fueled the health and longevity of the institution.

The 1920s witnessed even more innovations in the Accademia di Brera’s academic offerings. It was during that decade that sculptor Adolfo Wildt (1868–1931) merged his school with the Accademia di Brera to develop a course of academic study. Though wartime proved challenging as the institution worked to find its place in an evolving world, innovative leaders like Aldo Carpi (1886–1973), who had assumed his role as dean in 1930, nimbly carried the Accademia forward. It was during this period, for example, that revolutionary figures like Lucio Fontana (1899–1968) emerged with a new language that would eventually evolve into Italian Spatialism. It was also during this time that students and faculty began closer collaborations with larger commercial studios, such as Brianza, to further the benefits of study with practical applications.

Today, the Accademia di Brera is a public university that continues to thrive as Milan’s most established and prestigious academy of fine arts, with hundreds of undergraduate and graduate degrees in art and music awarded annually. Each year, more than 3,000 students, many of them from outside Italy, enroll in the Accademia di Brera.

The Accademia di Brera’s archive also conserves documentation of the number of the artworks, furniture pieces, and decorations created at the Accademia that arrived in the houses of Milan and Lombardy, as well as the aesthetics of the homes.

Designers that have worked with Accademia di Brera

Designers that have worked with Accademia di Brera