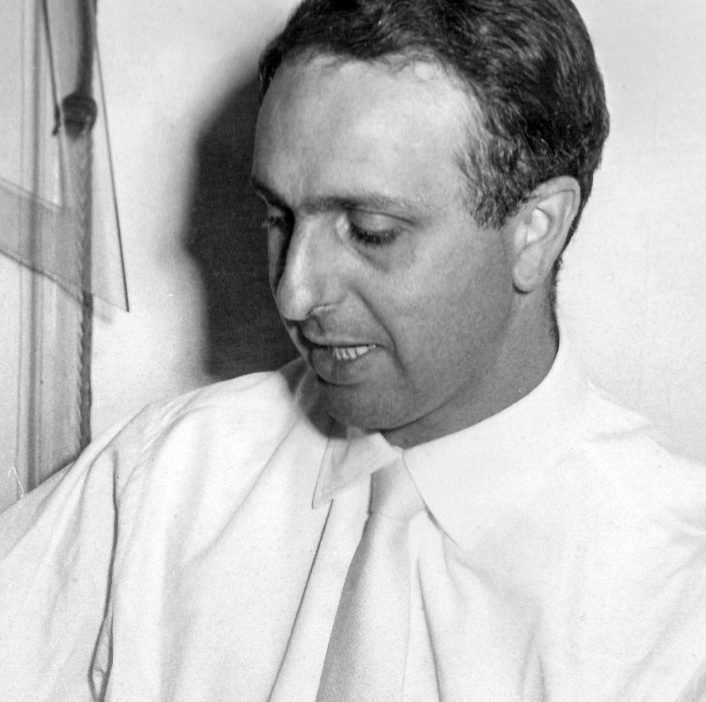 Vittoriano Viganò (born December 19, 1919, Milan, Italy–died January 5, 1996, Milan, Italy) was an Italian designer and architect. He was born into a culturally-rich environment, as his father was the painter and engraver Vico Viganò. The young Vittoriano developed a strong interest in design from a young age, which later led him to enroll at the school of architecture at the Politecnico di Milano, graduating in 1944. After World War II, he had a brief apprenticeship at BBPR, obtained a master’s degree in construction and the use of reinforced concrete with famed engineer Arturo Danusso in 1947, and served as an assistant to Gio Ponti in the department of interior architecture, furniture and decoration.

In 1947, Viganò opened his own studio, started a long-term cooperation with Gino Sarfatti and his lighting design and manufacturing company Arteluce, and began a 16-year editorial contribution with the French magazine L’architecture d’aujourd’hui directed by his friend French sculptor André Bloc.

With Arteluce, Vittoriano Viganò first worked as an artistic and technical advisor in 1946, but in 1950, while Gino Sarfatti went on a long research trip to the United States, he became the artistic director of Arteluce and contributed his own design imprint by using metal cones and shapes to shed and project light along large arms. Upon Sarfatti’s return, Viganò continued coproducing light designs for Arteluce until 1960.

Vittoriano Viganò’s architectural works display a concerted social commitment and the use of poor everyday materials within a highly modernist practice. His buildings often have large open spaces, display raw cement surfaces, and use geometric bold shapes as part of their façades. These building often contrasted with the prevalent bourgeois expectations of beauty, by presenting a raw, unadorned, and undeniably elegant alternative.