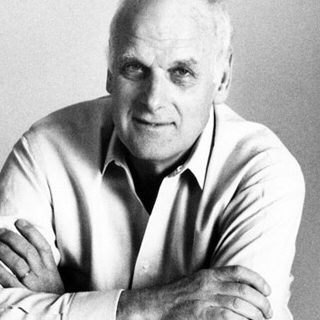 Richard Sapper (born May 30, 1932, Munich, Germany–died December 31, 2015, Milan, Italy) was a renowned German designer who created some of the most iconic industrial designs of the second half of the 20th century. Sapper carved a niche in the crowded design world by pairing the precision of German efficiency with the artful aesthetics of the Italian design field.

Born in Munich in 1932, Sapper studied philosophy, anatomy, and engineering before graduating with a degree in business from the University of Munich. After graduating, Sapper worked in the automaker Daimler-Benz’s styling department, and it was there that he started to develop his design skills. In 1958, Sapper decided to move to Milan, at the time the world’s design capital, where he joined briefly the design shop of Gio Ponti and the Italian department store La Rinascente. In 1959, Sapper established what would become a highly productive 18-year on-and-off partnership with Italian designer Marco Zanuso. This partnership resulted in transformative product designs, such as the Lamda stackable chair for Gavina (1959), the Doney 14 television set for Brionvega (1962), the TS 502 radio for Brionvega (1965), and the Grillo telephone for Siemens (1966), among others.

Between the late 1950s and early 1960s, Sapper also embarked on independent design projects. In 1960, Sapper designed for Lorenz Milano the Lorenz Static table clock, which was originally made of war-surplus torpedo timers and for which he was awarded his first of 10 Compasso d’Oro awards. In 1972, he designed for Artemide the Tizio table lamp, which is one of the best-selling lamps ever.

Throughout his career, Richard Sapper collaborated with many important design companies. His clients included Artemide, B&B Italia, Fiat, Kartell, Knoll, Molteni, Pirelli, and many others. But one of his most prolific partnerships was with Alessi, for which he developed the 9090 expresso coffeemaker (1978), the 9091 whistling kettle (1983), the Todo grinder (2004), and a large number of kitchen pots and pans under the La Cintura di Orione line.

In 1980, Sapper joined IBM as an industrial design consultant, and he was crucial in the transformation of IBM computers from gray boxes to sleek machines with black designs, including the 1992 iconic ThinkPad laptop design created in partnership with Kaz Yamasaki.

Sapper also served as lecturer at universities on almost every continent, having held teaching appointments at Yale University, the University of Buenos Aires, the Domus Academy in Milan, the Royal College of Art in London, and the Central Academy for Art and Design in Beijing. His work has been recognized many times over by prestigious awards. In addition to his 10 Compasso D’Oro awards, Sapper received an honorary doctorate from the University of North Carolina in 2010 and the Order of Merit Cross from Germany’s president in 2012.