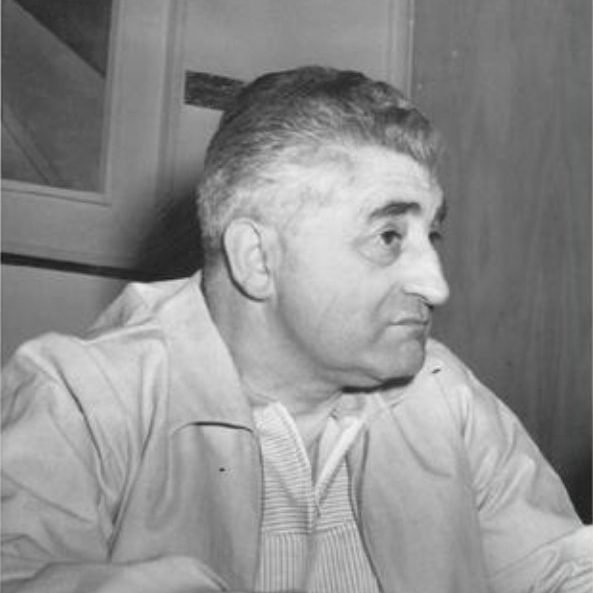 “Max Ingrand, through constant research in the technique of acid and sand processing, surface and depth, achieved a truly masterly craftsmanship refinement.”

Mad Ingrand was educated in Paris at the École Nationale Supérieure des Beaux-Arts and École Nationale Supérieure des Arts Décoratifs, where he studied interior design and specialized in decorative arts graduating in 1927. While at school, he apprenticed to renowned stained glass artist Jacques Grüber, known for his Art Nouveau stained glass windows, and architect Charles Lemarequier.

One of the most important assignments of this time was his design and creation of the stained glass windows at the Sainte Agnès church, in Maisons-Alfort, where he further developed his skills as a master glassmaker not shy of utilizing bold luminous colors. During this time, Ingrand also worked on private commissions designing stain glass windows and glass etching.

By 1936, Italian architect and designer Gio Ponti, who three years earlier founded the Italian furniture and light making company Fontana Arte along Luigi Fontana and Pietro Chiesa, had already noticed the talent and skill of Max Ingrand, and published in Domus design and architecture magazine some of Ingrand’s works and writing “Max Ingrand, through constant research in the technique of acid and sand processing, surface and depth, achieved a truly masterly craftsmanship refinement. We show his works here as useful examples of decoration, ornament and design which to the perfection and precision of the crafting sometimes add a lyrical inspiration.” Ponti’s recognition of Ingrand’s glass artistic talent would positively affect Ingrand’s career later in life, when he would become the artistic director of  Fontana Arte.

In 1937, he worked on important window designs for Notre-Dame de Paris, and later the Saint-Pierre d’Yvetot Church in Normandy, which would become one of largest stained glass windows in Europe, and was invited by architect Louis Süe to decorate the apartment of cosmetics businesswoman Helena Rubinstein.

From 1939 to 1945, Ingrand was drafted into military service and was later held as a prisoner of war in the region of Silesia, Poland-Germany, until the end of World War II. During his captivity, he met Ivan Peychès who would later become director of French glass maker Saint-Gobain. Unfortunately, many of his designed church windows were destroyed during the war, but his talent and relationship with Ivan Peychès allowed him to be hired as Artistic Director of Saint-Gobain and to replace and restore many church windows immediately after the end of the war. In fact, Max Ingrand became the most sought-after glassmakers for the restoration and construction of churches, and, by the end of his career, he and his workshops would have rebuilt and create windows for hundreds of churches.

In addition to designing stained glasses for Notre-Dame and Yvetot, and thanks to the discovery of glass quenching by the early 1950s–which made it possible to produce highly-resistant polished glass of large sizes, he produced, with Saint-Gobain, many more stained glass panels for more than a twenty churches and cathedrals, as well as many hotels and public places in France and around the world.

In 1954, and until 1967, Max Ingrand became the artistic director of Fontana Arte, the prestigious light manufacturing company founded by Luigi Fontana and where Saint-Gobain was also a shareholder–until it became its sole owner in 1966. It was during his time at Fontana Arte that Ingrand created many design classics; most of them were color glass mirrors, mirrors with cut glass, lamps, chandeliers, and other glass objects. Some of these designs were expensive to manufacture and available in relatively short quantities, such as such as the Dalia series lamps  (1954).

He also made more accessible designs, such as the table lamp model 1853 (1954), now simply named Fontana table lamp, made out of opaline glass base and shade, which had broader appeal and acceptance. Max Ingrand left a powerful and positive impact on Fontana Arte, with numerous glass-based designs for mirrors, chandeliers, lights, sconces, and objects expanded the the catalogs and global appeal of Fontana Arte.

In 1967, Ingrand decided to leave Fontana Arte to found light company Verre Lumière, in cooperation with Saint-Gobain and lighting firm Mazda, and take advantage of the then new halogen technology. The company became one of the first producers of halogen lamps and mass-produced tabletops and floor lighting, in addition to catering private commissioned work. Unfortunately Max Ingrand died soon thereafter in 1969. His work was seen as an inspiration of the style reminiscent of the Middle Ages yet remains modern through his style and the use of materials such as metal and glass. 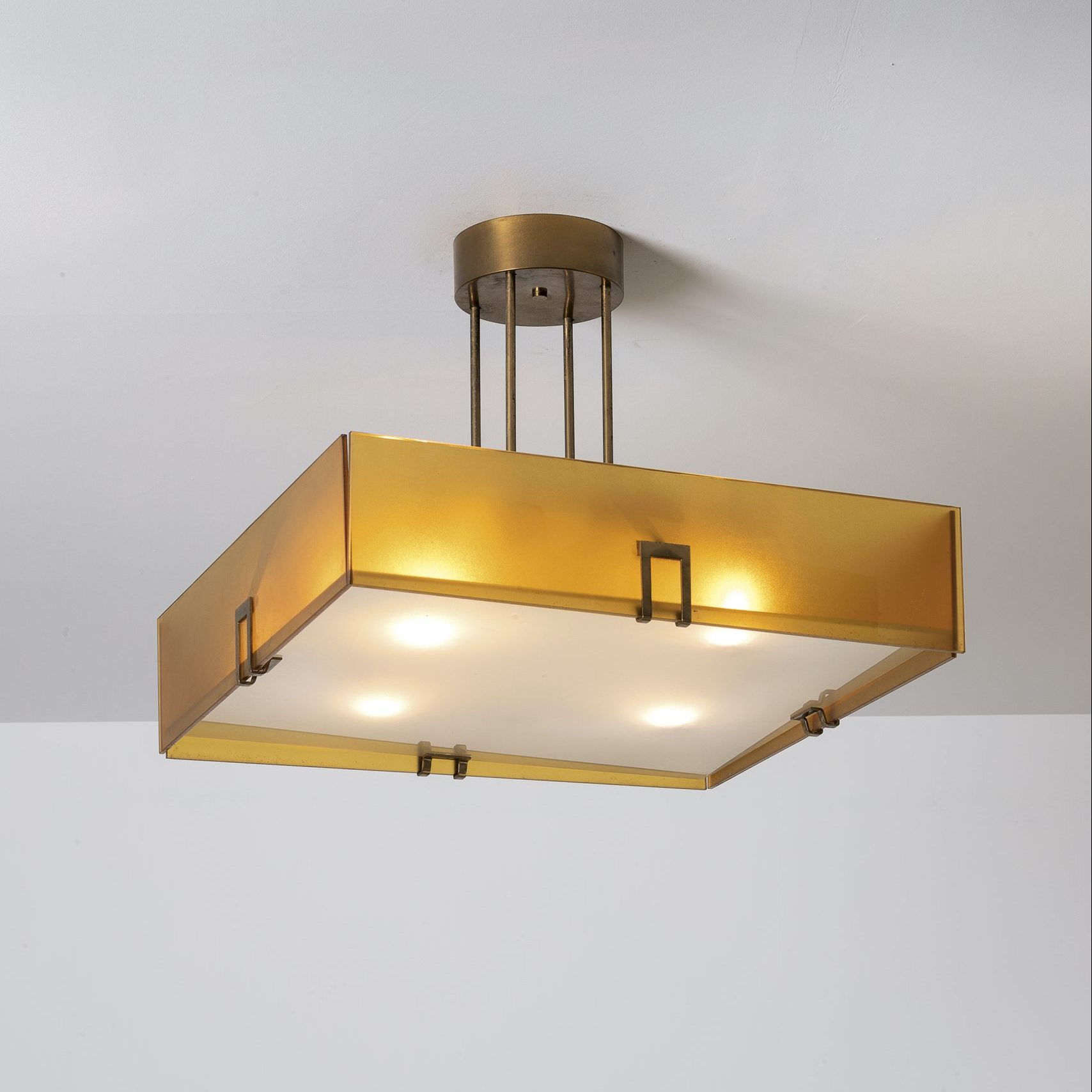 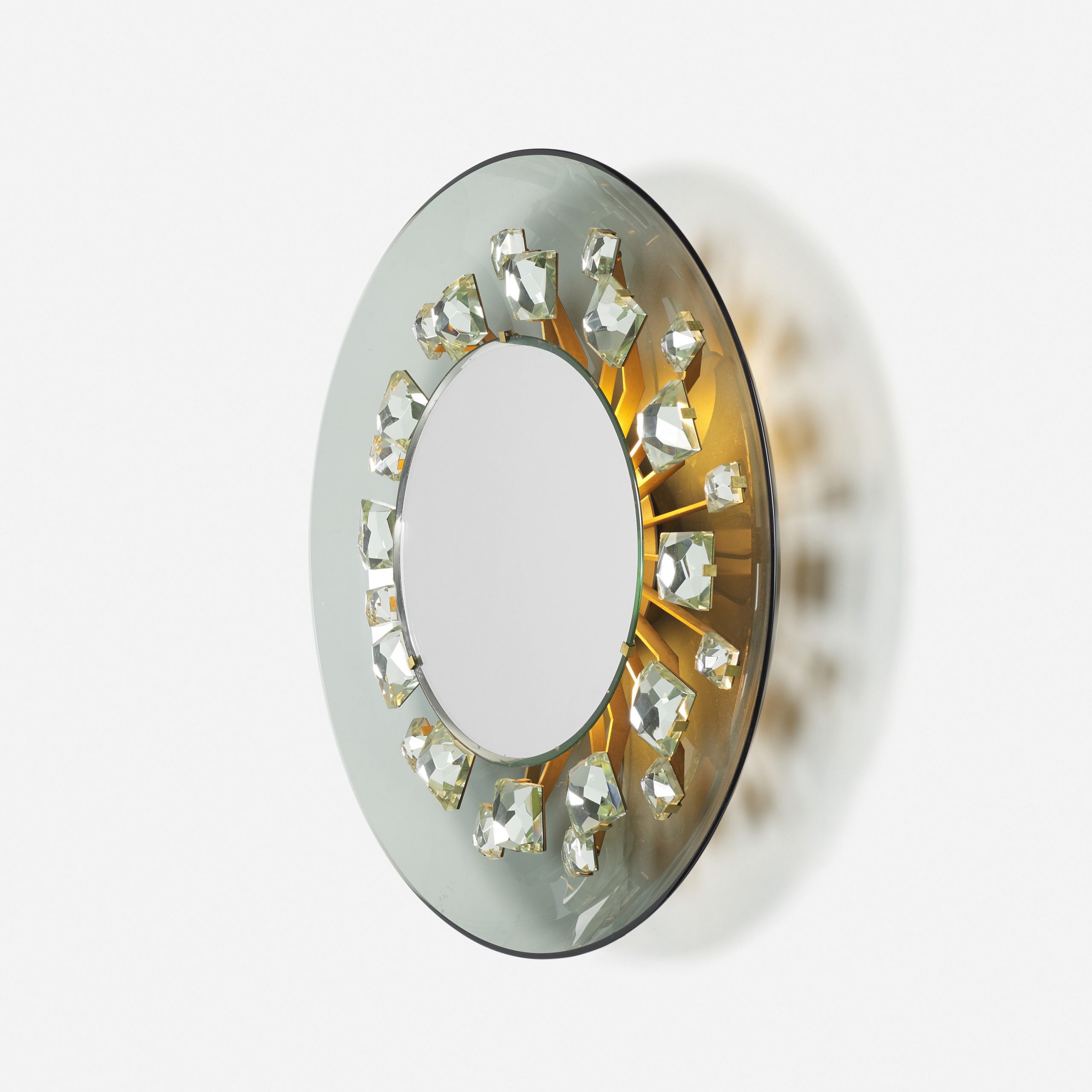 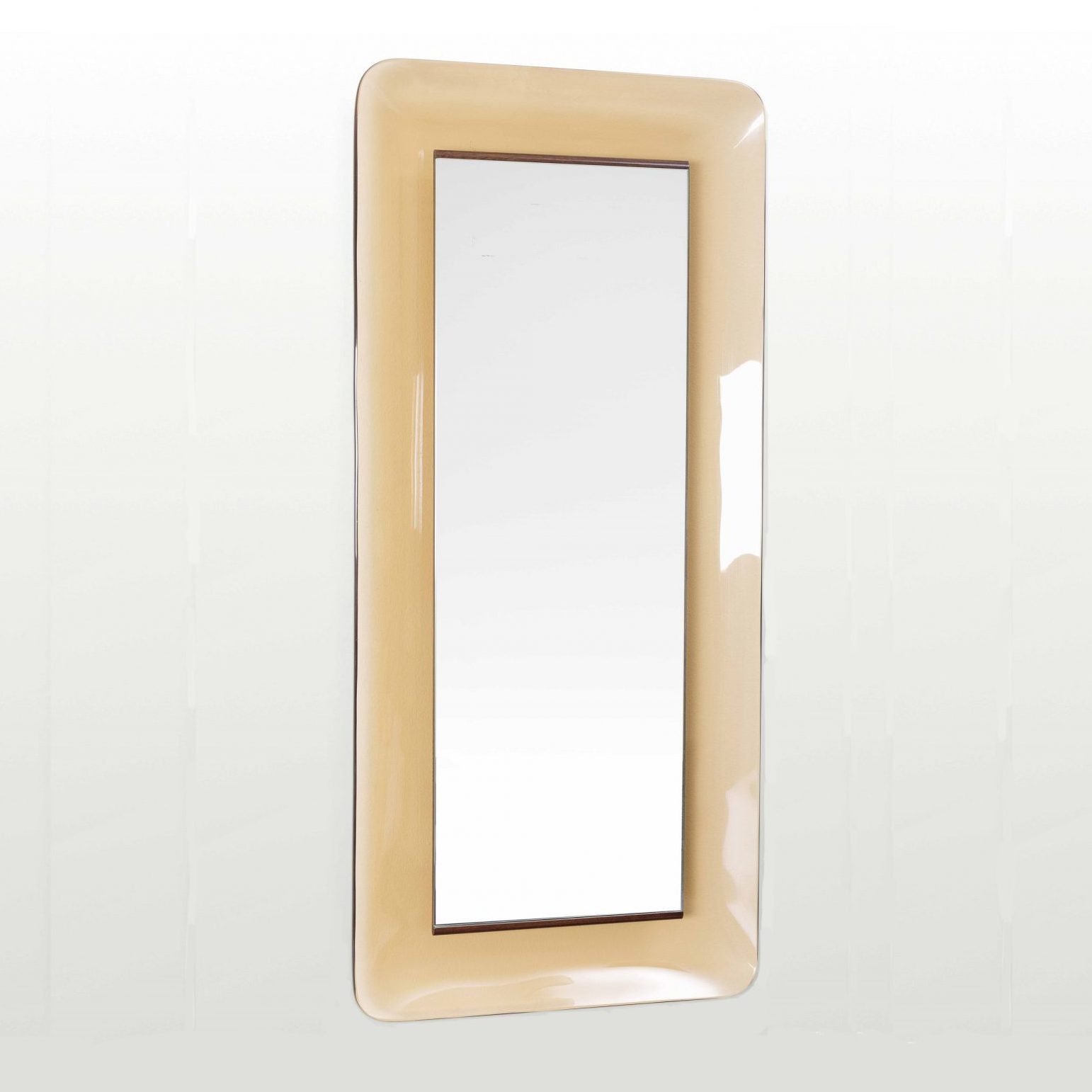 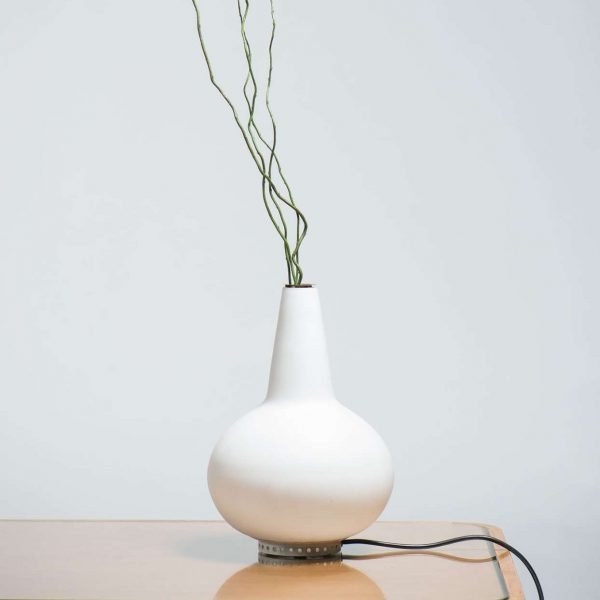 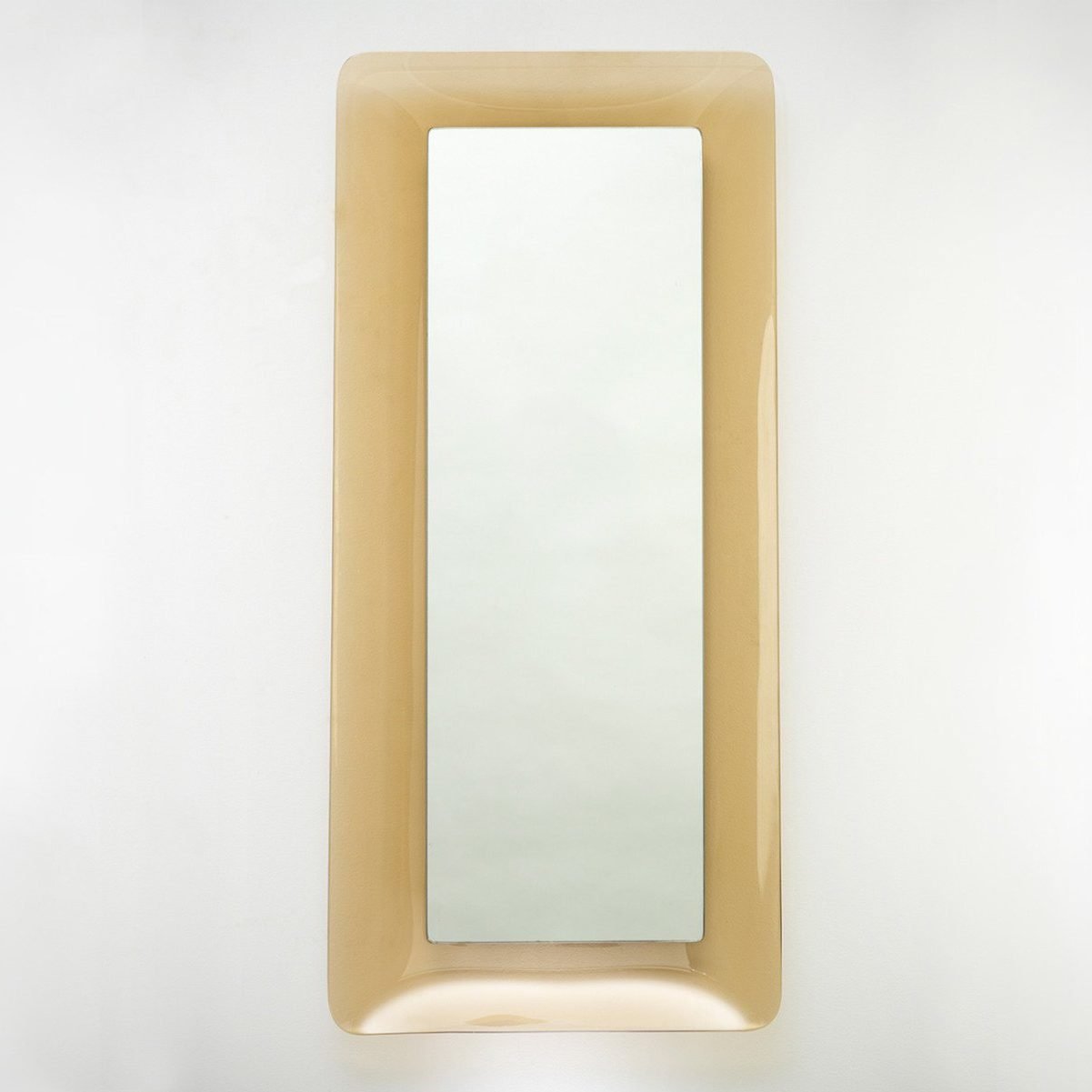 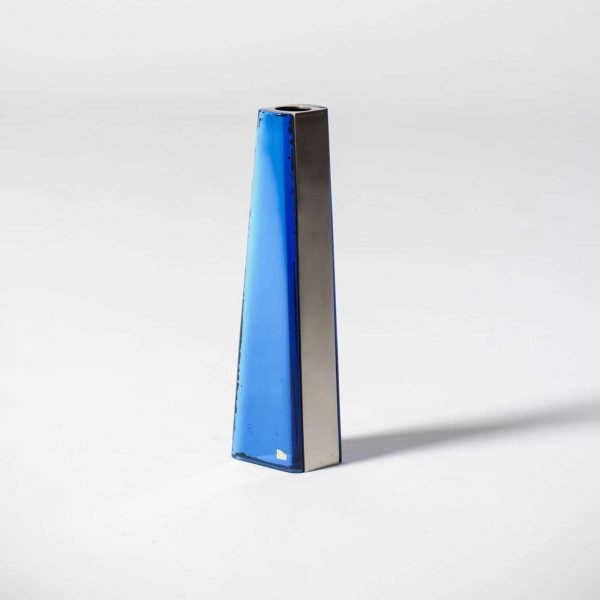 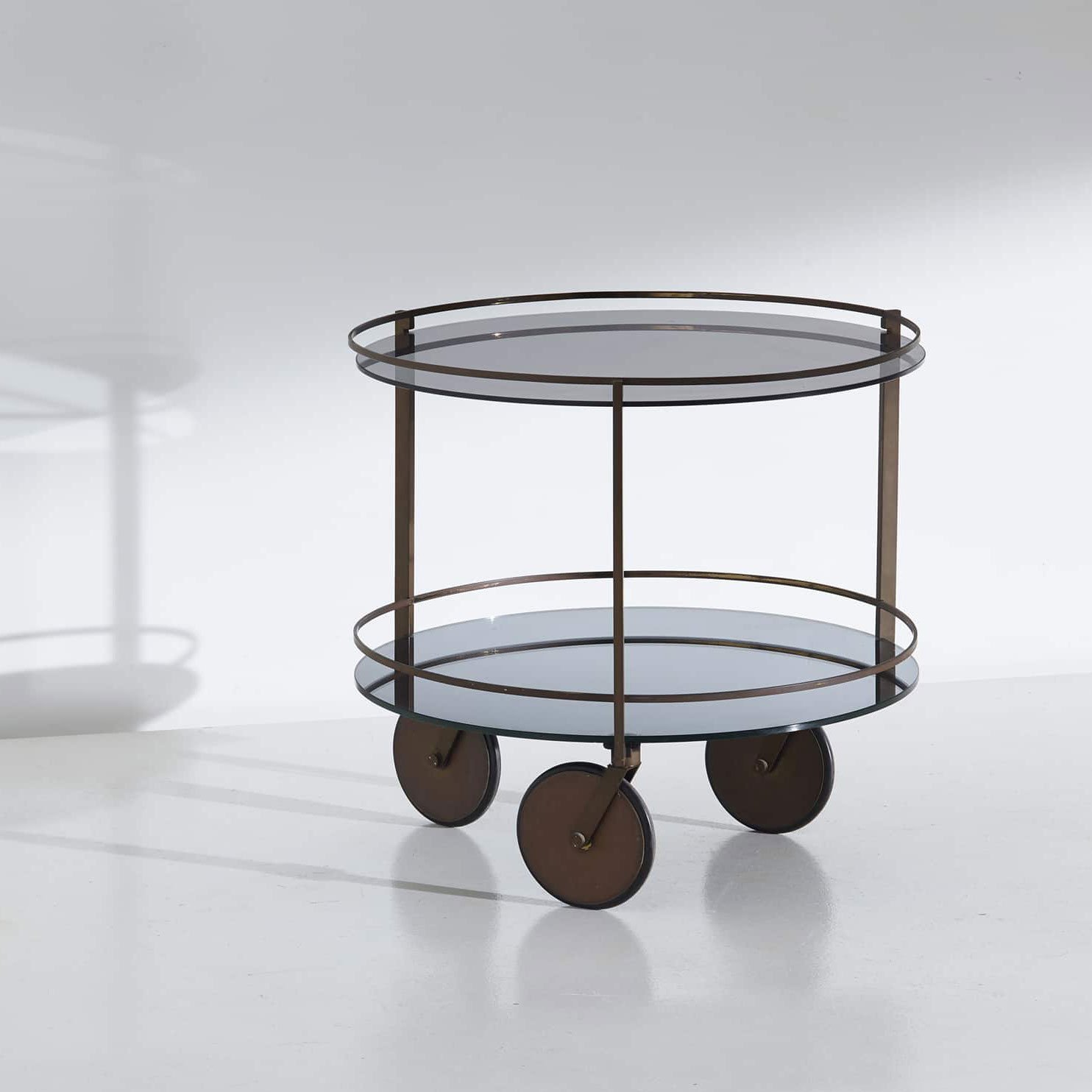 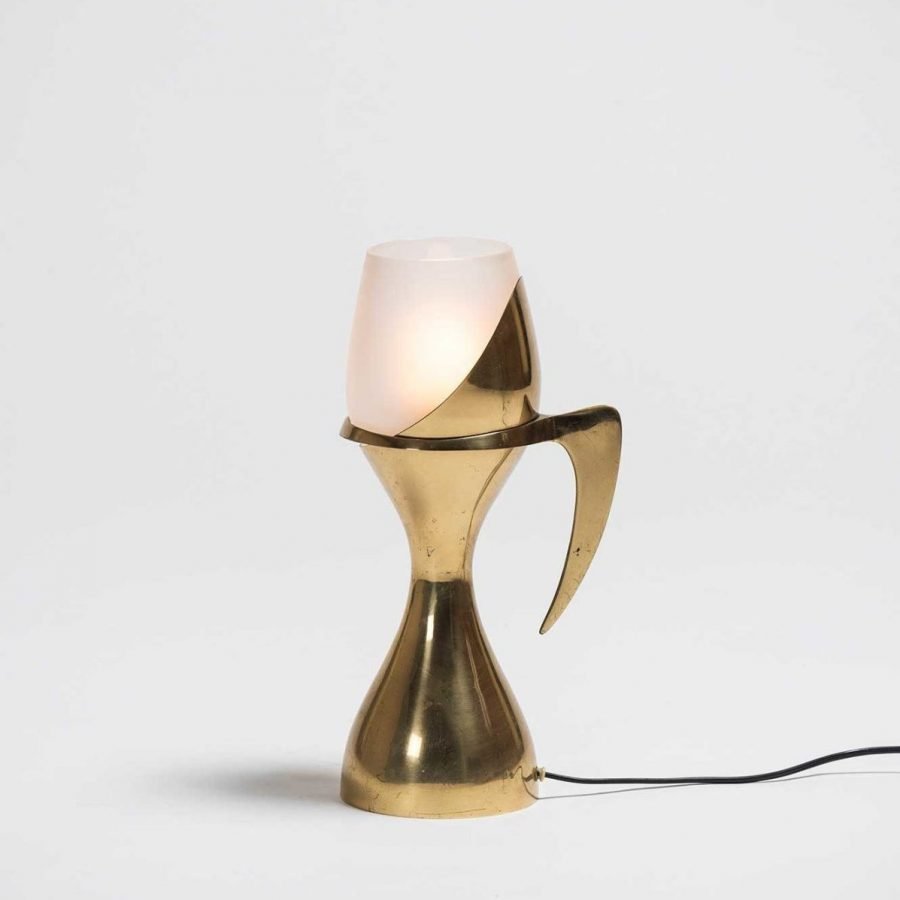 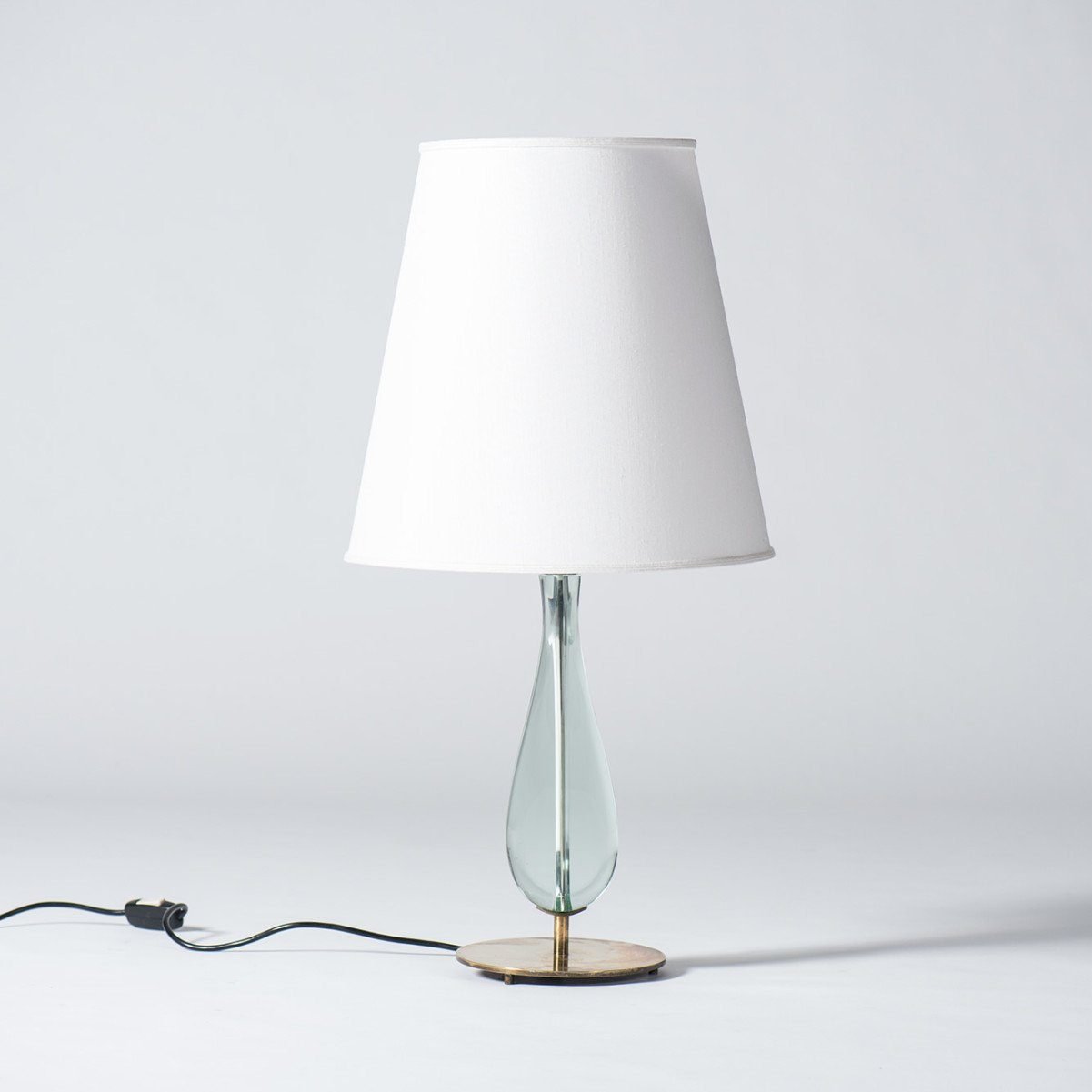 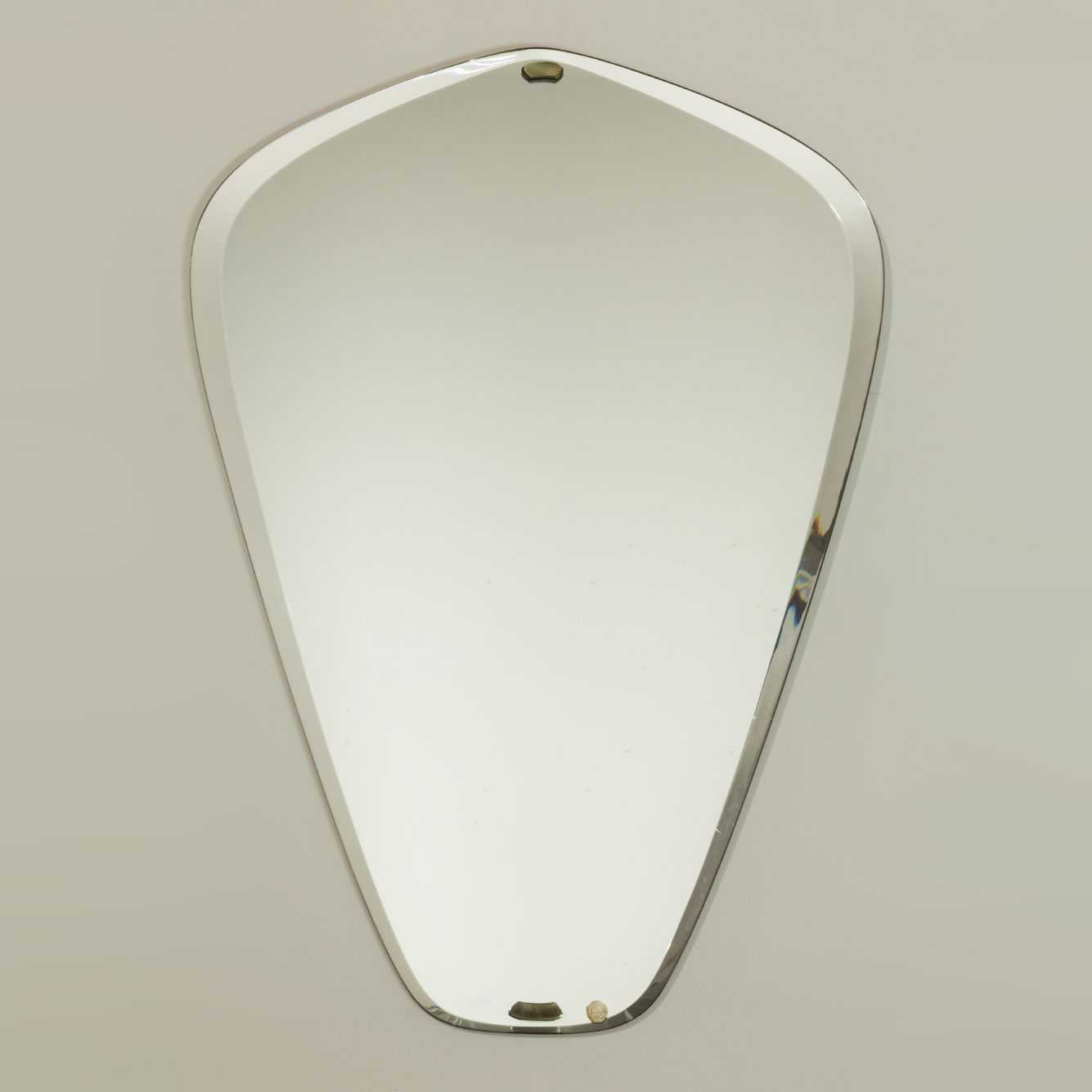 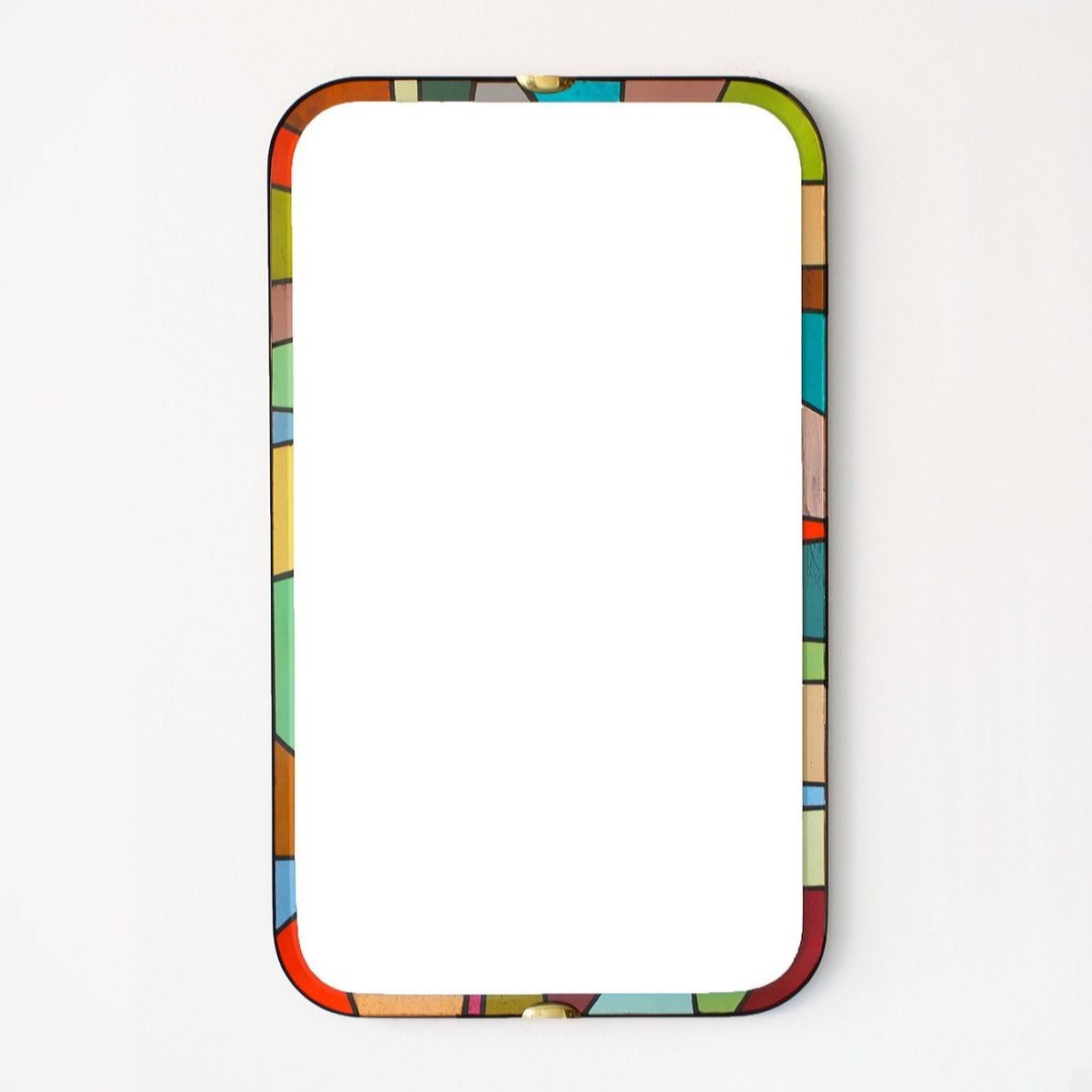 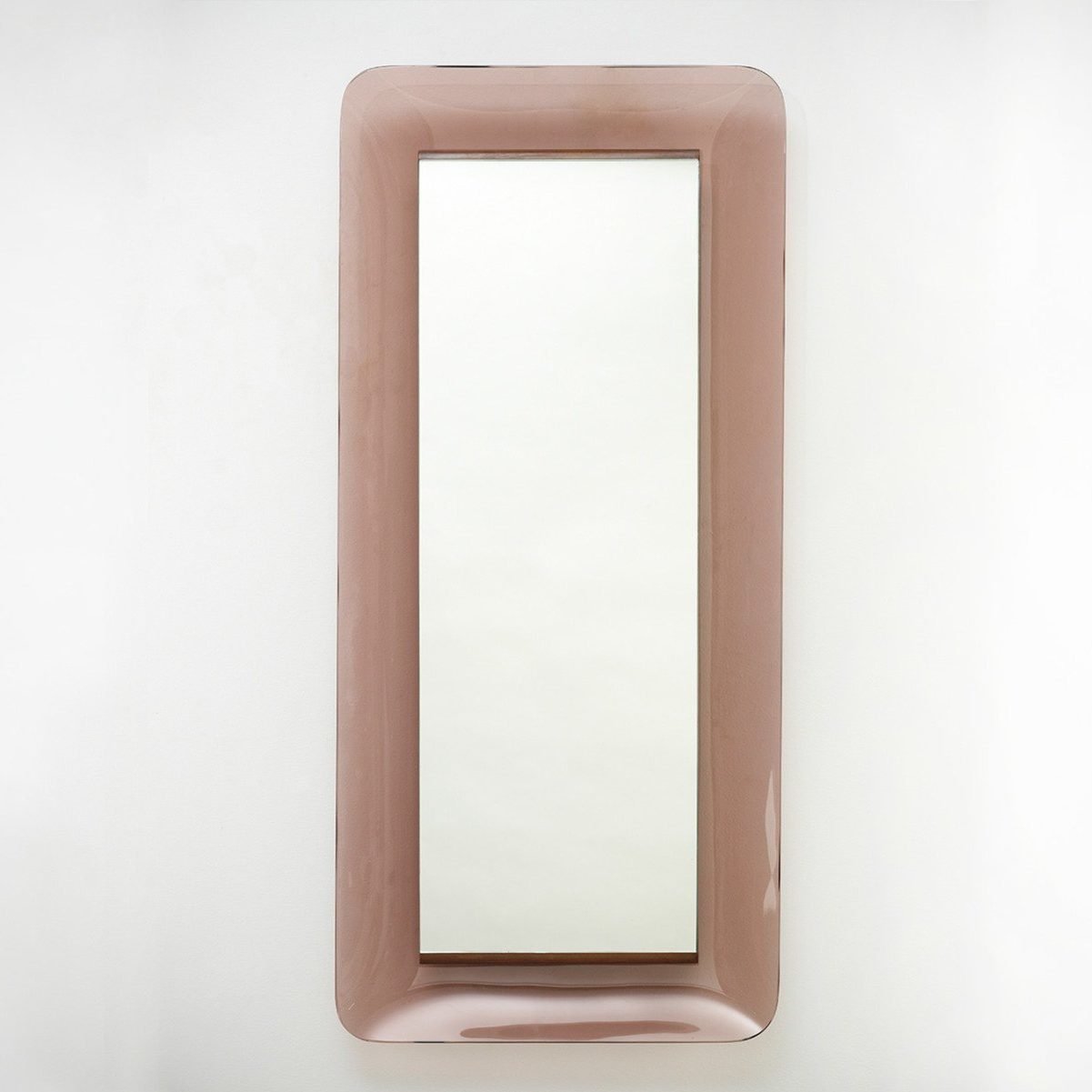