“The life of a designer is a life of fight against ugliness.”

Massimo Vignelli (born January 10, 1931, Milan, Italy–died May 27, 2014, New York City) and Lella Vignelli (born Elena Valle, August 13, 1934, Udine, Italy–died December 22, 2016, New York City) were influential and prolific Italian designers and architects. This husband-and-wife couple made important contributions to graphic design and industrial design in the U.S. and Europe during the last half of the 20th century. Whether it is the iconic Bloomingdale’s brown paper bag; the American Airlines’ red, white, and blue logo; or the ubiquitous New York City Subway map, it all started in Milan, Italy, when the couple began their journey to the graphic, industrial, and furniture design fields. Together, they were awarded the 2003 National Design Award for Lifetime Achievement, the AIGA Gold Medal for 1982, the Architecture Award from the American Academy of Arts and Letters in 2005, and the Compasso d’Oro award in 1964 and 1988.

Massimo attended art school at the Accademia di Belle Arti di Brera in Milan, before studying Architecture at the Politecnico di Milano and at the School of Architecture of the Università Ca’ Foscari in Venice graduating in 1953. Lella started her studies also at the School of Architecture of the Università Ca’ Foscari in Venice, and through a scholarship continued her studies as a special student at MIT’s School of Architecture. Massimo and Lella Vignelli were married in 1957 after meeting at an architects’ convention and from 1957 until 1960, the couple spent most of their time in the U.S.; Lella worked as a designer at architectural firm Skidmore, Owings and Merrill while Massimo was traveling and studying in the U.S. on a fellowship. In 1960, the couple returned to Milan and established the Massimo and Lella Vignelli Office of Design and Architecture, specializing in interior, furniture, exhibition, and product design. In 1962, Lella received her architectural degree from the IUAV University of Venice in 1962, and in 1964 the couple designed the Saratoga sofa for Poltronova (1964).

In 1965, they returned to the U.S., and in 1966 they founded Unimark International with partners Bob Noorda and Ralph Eckerstrom in New York City. Unimark quickly became one of the largest design and marketing companies in the U.S., and while at Unimark, the couple designed the American Airlines logo and the NYC subway signage system and worked with important companies of the time, such as Pirelli, Rank, Xerox, and Olivetti. As Unimark continued to move more toward advertising rather than design, Lella and Massimo decided to leave in 1971 and established Vignelli Associates.

Vignelli Associates expanded rapidly and opened offices in Milan and Paris, in addition to the central office in New York City. The couple produced graphic designs or corporate identities for such companies as IBM, Skyline Magazine, Bloomingdale’s, Heller Bros. Packing Corporation, Ducati, Lancia, and Knoll, in addition to designing the interiors of St. Peter’s Lutheran Church in Manhattan and the Guggenheim Museum Bilbao. They also created the map of the New York Subway system, incorporating the typeset and signage work created while at Unimark. During this time, Massimo and Lella Vignelli also designed furniture, such as the Metafora cocktail table for Martinelli Luce (1979), the Handkerchief chair (1982) and PaperClip table (1994) for Knoll, the Serenissimo table (1985) and the Magic coffee table (1990) for Acerbis, and the Wagneriana floor lamp for Cadigliani (1986). Together they also created glassware designs for Venini and Steuben Glass Works.

Even after decades of work, the husband and wife would collaborate on almost every piece together, including the furnishings and decorative elements in their New York City home. They both understood the purpose of design and its impact on environment. “Everything has its own order,” they said. “You can’t take a piece of music and scramble the notes. You can’t take a piece of writing and scramble the words. You can’t take a space and scramble the chairs around.” Their designs were famous for their minimalism and function. For example, their heavy use of black text on white background was to make a bolder statement and to help readers get to the point of the message, and the deliberate use of color evoked sensuality and emotion. Massimo also created a number of new typefaces.

During his lifetime, Massimo served as president of the Alliance Graphique Internationale (AGI) and the American Institute of Graphic Arts (AIGA) and as vice president of the Architectural League of New York. In addition, Lella was a member of the Industrial Designers Society of America (IDSA), the American Institute of Graphic Arts (AIGA), the International Furnishings and Designer Association (IFDA), and the Decorators Club of New York. In 2010, the Rochester Institute of Technology (RIT) in New York, opened the Vignelli Center for Design Studies. The building is dedicated to the Vignelli Archive and master’s courses in history, theory, and criticism of graphic design.

For additional information on Massimo and Lella Vignelli, please visit: 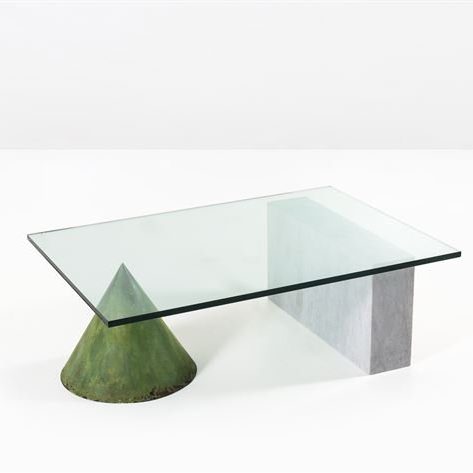 The Museum of Modern Art