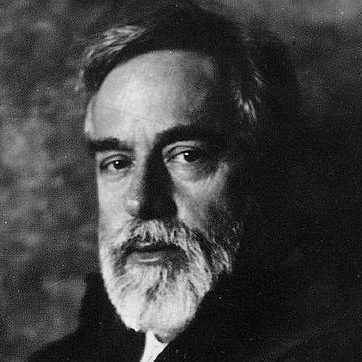 Mariano Fortuny y Madrazo (born March 11, 1871, Granada, Spain–died May 3, 1949, Venice, Italy) was a multifaceted 20th century artist and designer who is perhaps best known for his fashion, textile, and light designs. Fortuny’s creations have long been coveted by both prestigious museum collections and celebrity clients for their beauty and originality.

Born in Granada, Spain, to painter Mariano Fortuny y Marsal (1838­–1874) in 1871, Mariano moved to Paris briefly with his family and eventually landed in Venice with his mother in the late 1880s following his father’s death. As a young man, Fortuny spent ample time ensconced in his parents’ substantial collection of various textiles, metalwork, and other decorative materials. It was from this study that Fortuny developed a strong understanding of the design trends of the era, an appreciation that only grew given the social circle he entered in Venice. Enjoying access to colleagues like writer Gabriele D’Annunzio (1863–1938) and patrons like Marchesa Luisa Casati (1881–1957), Fortuny explored a wide variety of design fields, including lighting, fashion, furniture, textiles, and theatrical set design, that would launch him into prominence. One of his successes was the development of the cyclorama dome, which afforded scenographers the ability to efficiently amplify various lighting effects on their stages.

Following the dawn of the 20th century, Fortuny focused his production more directly on textile and fashion creations. Many of these pieces channeled the ethereal elegance of ancient Grecian tunics and togas by pairing an unstructured frame with the elegance of opulent, vibrant fabrics. His debut Knossos silk taffeta scarf (1910) was received warmly by the fashion scene; his later plissé silk Delphos dress (circa 1920–1930) was one of his major fashion successes that signaled his rapid rise to popularity among the fashion trendsetters of the day. The draw of Fortuny’s gowns was in their elegance that also espoused a hint of historic exoticism, leaving those who wore his designs to feel as if they were transported to an elegant court from antiquity.

During the final years of his career, Fortuny stepped back from fashion and devoted his time to painting. He died in Venice in 1949 and was later buried in Rome near his father. Beyond the immortalization of his life in Pere Gimferrer’s book Fortuny (1983), Fortuny’s legacy lives on through breathtaking fashion designs that can be admired in museum collections around the globe. He is also remembered in the Fortuny Palace Museum, housed in the Venetian Palazzo Pesaro Orfei, which served as Fortuny’s home for the final decades of his career.

For additional information on Mariano Fortuny, please visit the following: