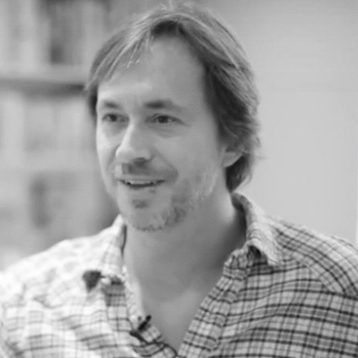 “If I can feel freedom then I can create.”

Marc Newson (born October 20, 1963, Sydney, Australia) is Australian-American designer and one of the most prominent design influencers of the late 20th century and first decades of the 21st century. Known for his furniture, household products, and interior designs and for his use of technology, innovative and unexpected materials, and high-precision designs, Marc Newson has consistently intertwined the lines of art and design while maintaining the functionality of his works.

Newson was born in Sydney, Australia, and his early years were infused with the impactful experiences of extensive international travel. The exposure to new places undoubtedly influenced his emerging design sense at an early age, and he worked to develop this sense as a student at the Sydney College of Arts. While there, he focused his studies on sculpture and jewelry design; however, he also began to explore the possibilities for new forms in furniture design. He graduated from the program in 1984 and soon after garnered his first major grant from the Australian Crafts Council. It was this initial encouragement that fueled the commercial development of the Lockheed Lounge (1986), a lounge chair/bed derived from a prototype that Newson made while still a student in 1983. This riveted aluminum chaise lounge played with the notions of plush comfort and biomorphic shapes juxtaposed against industrial materials, and it is widely considered as one of the most expensive works by the Newosn.

One of the elements that unites these various pursuits is the way in which Newson plays with materials and technology to create unique forms that speak to the aesthetics of the time while also reflecting on the history of modern and postmodern design that preceded them.

His innovative approach earned him a spot on TIME magazine’s list of the 100 Most Influential People in 2005, the same year that he was lauded with an honorary doctorate from his Australian alma mater.

In 2007, Marc Newson started a collaboration with Gagosian Gallery, and since then he has had furniture exhibitions of mostly marble and nickel furniture designs, such as the Extruded tables, the Nickel chairs, and the Voronoi shelf, as well as linen phenolic composite furniture, such as the Micarta tables and chairs.

Throughout his design career, Newson has created many product designs for several companies, including Alessi, Nike, Louis Vuitton, and Montblanc.

Newson lives and works in London, but his works are consistently showcased around the world, having been featured in the solo showcase “At Home” (2013) at the Philadelphia Museum of Art and the group show “Make Yourself Comfortable” (2015) at Chatsworth House in England.

For additional information on Marc Newson, please go to: