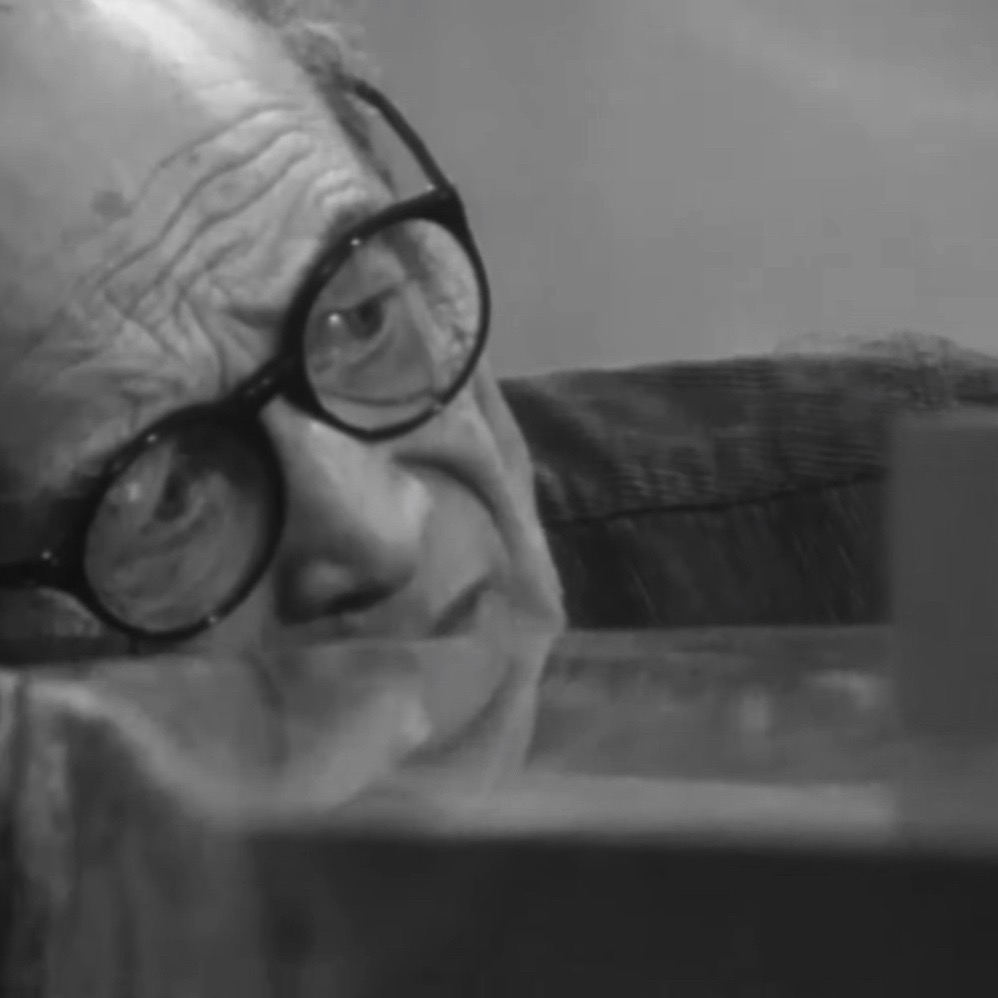 “In my work, I wanted something irreducible, an absence of the gimmicky and clever.”

Isamu Noguchi (born November 17, 1904, Los Angeles, California–died December 30, 1988, New York City) was a Japanese-American modernist sculptor and designer whose career spanned more than 60 years, embracing the novelty of modern and abstract aesthetics and the freedom from the confines of a singular mode of expression. His organic sensibilities, infused with his travels and experiences across cultures around the globe, made Noguchi a pivotal figure of American modernism, and his work extended well beyond sculpture to include furniture and light designs, ceramics, architecture, and landscape and set designs.

Isamu Noguchi was born in Los Angeles and was the son of the Japanese poet Yone Noguchi and American writer Léonie Gilmour. Three months before Isamu’s birth, his father left for Japan to pursue an independent life, leaving behind the young Léonie, who took care of Isamu in the U.S. until March 1907, when she decided to leave with the young Isamu to Yokohama, Japan—a trip that probably influenced Isamu’s perspective throughout his life, as he would become a constant traveler and a true internationalist throughout his adult life.

Léonie Gilmour, the young Isamu, and his younger half-sister sister, Ailes Gilmour, born to Léonie and an unknown Japanese father, remained together in Yokohama until 1918, when Isamu returned to the U.S. He first attended high school in Rolling Prairie, Indiana, and then enrolled with educator and publisher Dr. Edward Rumely, who served as his mentor and taught him his first carpentry skills, but who also worked to steer him away from a career in art. During all of this period of his life back in the U.S., Isamu Noguchi was known by the name “Sam Gilmour.”

Rumely’s efforts worked initially, as Isamu Noguchi pursued studies as a premedical student at Columbia University in 1922. While there, though, other colleagues further fueled his original passion for art, and he enrolled in night classes at the Leonardo da Vinci Art School, studying under the tutelage of Italo-American sculptor Onorio Ruotolo. Soon after, he opened his own studio.

In 1926, Nogushi saw an exhibition in New York City of the Romanian sculptor, painter, and photographer Constantin Brancusi, which made an impression on him. In 1927, determined to pursue a deeper understanding of modernism and abstraction, and with the aid of a John Simon Guggenheim fellowship, Isamu left for Paris, where he sought work within the studio of Constantin Brancusi. Once he became an assistant at Brancusi’s studio, in April 1927, Noguchi was able to meet and learn from other leading sculptors of the time, including Alexander Calder, Arno Breker, and Spanish stone sculptor Mateo Hernandez, and he absorbed the abstract and organic forms that were dominating the artistic conversations of the day. It was also at this time that Noguchi gained experience in stone sculpture.

By the end of his fellowship, and after short stints in India and the U.K., Noguchi returned to New York in February 1929 and prepared the first solo exhibition of his abstract sculptures—which he made while he was in Paris—at the Eugene Schoen Gallery. This exhibition received a lukewarm reception, as he was not able to sell any work. This forced him to switch from abstract sculpting to commissioned portrait busts until he earned enough money to continue to travel and explore further ways to enrich his artistic practice.

In April 1930, Noguchi set out once again to travel to Asia. Originally, he planned to visit Japan, but after a disagreement with his father about using his last name, he decided to go to China, where he studied brush painting in the studio of artist Qi Baishi for six months before traveling to Japan to study pottery. Upon his return to the United States in late 1931, he exhibited his recently produced brush paintings and sculptures in a traveling exhibition throughout the U.S. and pursued a refreshed and invigorated abstract aesthetic that he extended beyond sculpture. For example, he developed sets for one of Martha Graham’s dance productions, and he also began to collaborate on large-scale public commissions, such as his 1935–1936 History Mexico, a relief-sculpted mural in the Abelardo Rodriguez Market in Mexico City.

This newfound interest in large-scale public commissions propelled Noguchi’s profile and fueled a new creative era. In 1938, he was commissioned by the Associated Press to create the wall sculpture News at the Rockefeller Center in New York City. This was the first of what would eventually become numerous celebrated public works worldwide, ranging from playgrounds and plazas to gardens and fountains, all reflecting his belief in the social significance of sculpture.

Unfortunately, the bombing of Pearl Harbor by the Japanese Navy on December 7, 1941, triggered a forceful and unjust sentiment toward Japanese Americans in the U.S. This event and its consequences had a profound effect on Isamu Noguchi, who voluntarily entered the Japanese incarceration camp Colorado River Relocation Center in Arizona, where he was held as a prisoner for six months.

Following his release, he returned to New York City, where he set up his studio in Greenwich Village and started a prolific period sculpting stone and other materials. Most of this work was exhibited in the seminal 1946 exhibition Fourteen Americans at The Museum of Modern Art in New York.

All of these experiences fueled Noguchi for an incredibly prolific later phase of his career, during which his passion for biomorphic forms came to full fruition across projects large and small, such as the Rudder coffee table, model IN 52, and the IN 50 coffee table, designed for furniture maker Herman Miller (1944). He also created more than 100 models of Akari Light Sculptures—still in production at the Ozeki workshop in Gifu, Japan (1951)—using traditional materials used for Japanese paper-and-bamboo-rod lanterns and parasols. This prolific phase also led to the creation of Rocking stool model 85T, for Knoll (1955), and his geometrically precise public sculpture Red Cube (1968) at 140 Broadway in New York City.

In 1985, Noguchi opened The Isamu Noguchi Garden Museum, a public space that he designed (now known as The Noguchi Museum) in Long Island City, New York. Although the purpose of the museum is “to advance the understanding and appreciation of Isamu Noguchi’s art and legacy,” the museum also serves as a platform for “education, preservation, and research projects” and “will continue to illuminate the enduring influence of Noguchi in dialogue with contemporary culture.”