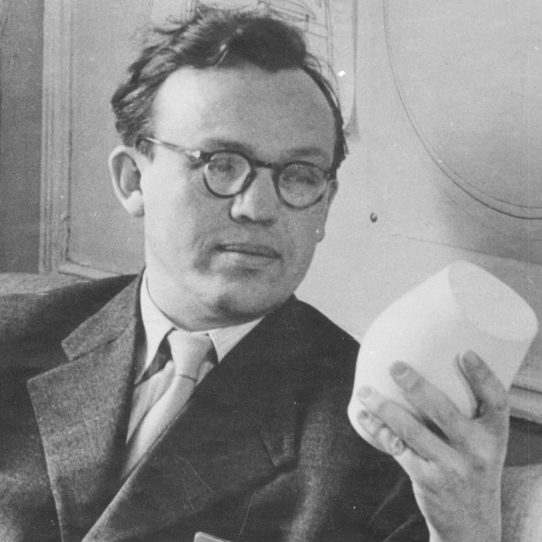 Finn Juhl (born January 30, 1912, Frederiksberg, Denmark–died May 17, 1989, Ordrup, Denmark) was a mid-20th century modernist Danish architect and designer who brought streamlined Danish furniture to the international stage. He was born in Denmark to a strict father who was a textile trader and a mother who died three days after he was born. Juhl was devoted to art and history from an early age. Although his father wished him to pursue a more secure and traditional career path, Finn Juhl decided to study architecture at the Royal Danish Academy of Fine Arts. Following his graduation in 1934, he went directly to work in the architectural firm of Vilhelm Lauritzen and gained acclaim for several of his early concepts. He also simultaneously explored the potential of furniture design, and his first pieces were exhibited at the Cabinetmakers’ Guild exhibitions, which aimed to showcase modern design devoid of the ornamentation and excess sensed in earlier furniture forms.

Though controversial at first, his works began to receive recognition, which perhaps spurred him to leave the field of architecture in 1945 to establish his own design firm. Some of his most successful creations from this early period were those developed in collaboration with master cabinet maker Niels Vodder (1892–1982), who shared Juhl’s affinity for a modernist aesthetic and with whom he further developed the organic and undulated furniture style so linked to Finn Juhl. These elements are illustrated well in “Armchair (model 45)” (1945), the NV-46 armchair (1946), the NV-48 settee (1948), and the Chieftain chair (1949). The pieces designed in this studio would would carry the language of Juhl’s style around the world in years to come. In 1951, he had works on display at the Good Design exhibition in Chicago as well as in the IX Triennale di Milano, where he exhibited new furniture designs and cutlery.

Juhl continued to make furniture and product designs until the mid 1970s, when taste trends shifted away from streamlined modernist lines. More recent aesthetic trends, though, have encouraged a resurgence of Juhl’s designs as witnessed by the success of his sales at auction houses and specialty dealers. Some of his most treasured creations are included today in some of the world’s best museum collections, such as that of New York’s Museum of Modern Art. 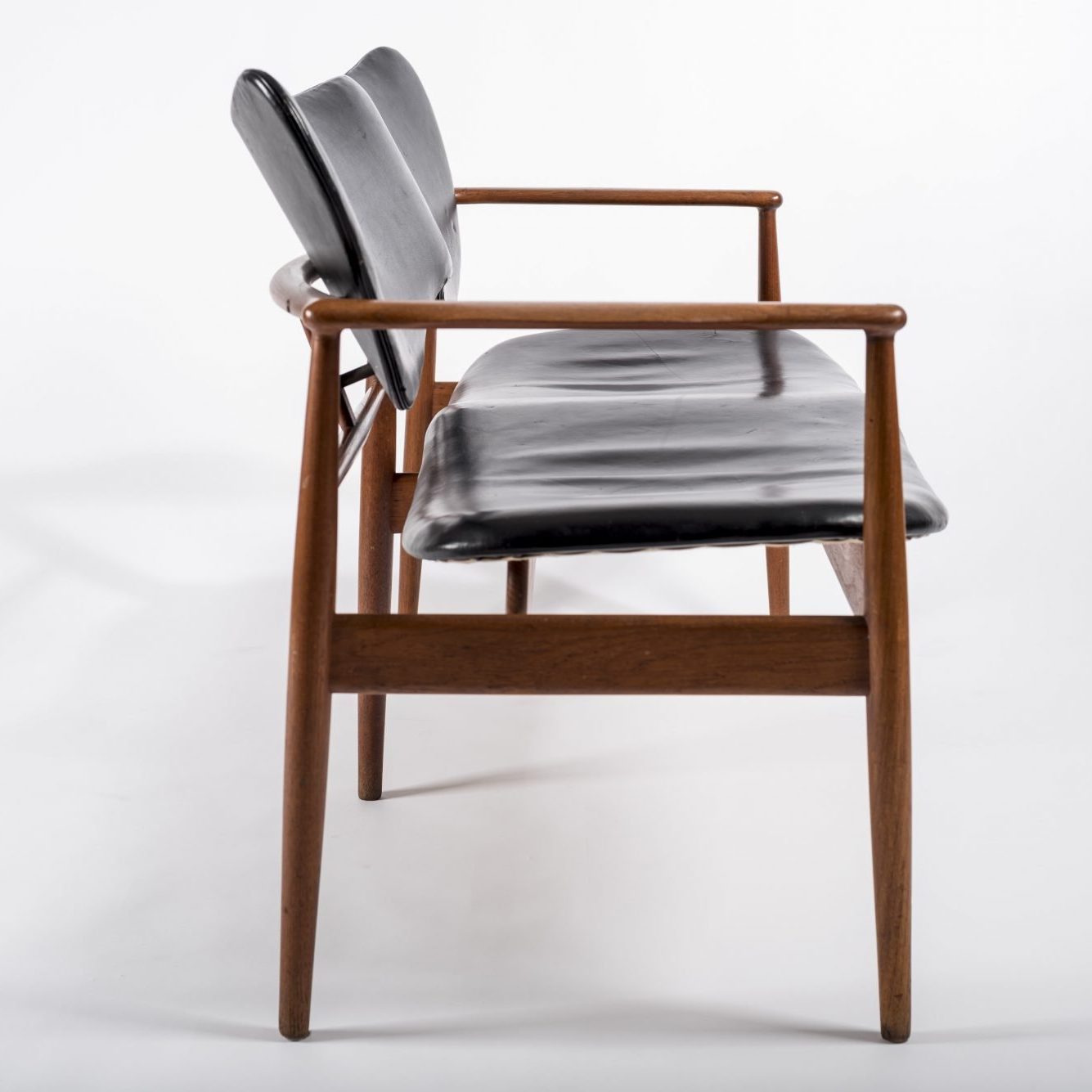