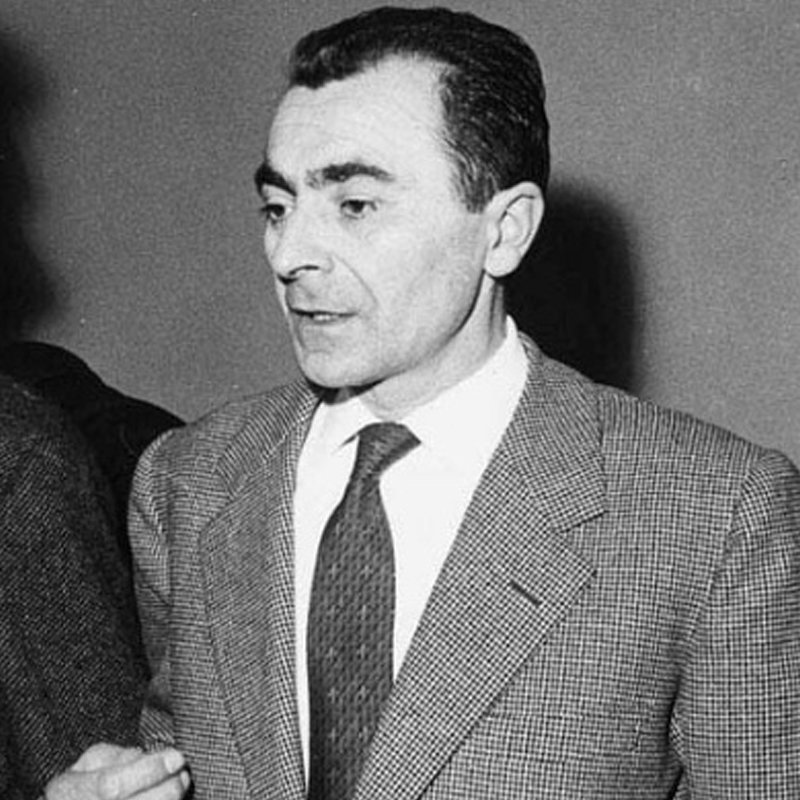 Dino Gavina (born November 7, 1922, San Giovanni in Persiceto–died April 6, 2007, Bologna) was an Italian designer, entrepreneur, and publisher. He began his career in the 1940s working on stage sets. He is the founder of the companies Gavina SpA, FLOS, and Simon.

Visual arts were a great passion for Gavina, a passion that was formed at the La Soffitta theater in Bologna. In the 1950s, Gavina met Lucio Fontana, who insisted on taking him to Milan while preparing the X Triennale di Milano (Milan Triennial) (1954). While in Milan, Fontana introduced Gavina to several prominent architects of the time, including Carlo De Carli, Pier Giacomo Castiglioni, Carlo Molino, Enzo Mari, and Carlo Scarpa. But it was with Lucio Fontana that Dino Gavina started a lively collaboration; in fact, it was Fontana who directed Gavina toward industrial design. In 1960, Dino Gavina founded Gavina SpA, the company that would eventually manufacture the designs of the important Italian designers of the 1950s and 1960s, such as the Castiglioni brothers, Carlo and Tobia Scarpa, Cini Boeri, Vico Magistretti, and Mario Bellini. read more

In 1960, the two Italian design icons Achille Castiglioni and Pier Giacomo Castiglioni decided to entrust the production of the iconic Sanluca chair to Dino Gavina’s company. In 1962, together with Cesare Cassina and industrialist Arturo Eisenkeil, Dino Gavina founded FLOS, which is still one of the most important Italian lighting companies today. Six years later, in 1968, Gavina founded Studio Simon together with Maria Simoncini. In 1969, the Castiglioni brothers decided to transfer the production of the Lierna chair, designed in 1969, from Cassina to Gavina S.p.A.

Today, Dino Gavina is remembered for his entrepreneurial skills and for being one of the most influential figures in the world of industrial design.