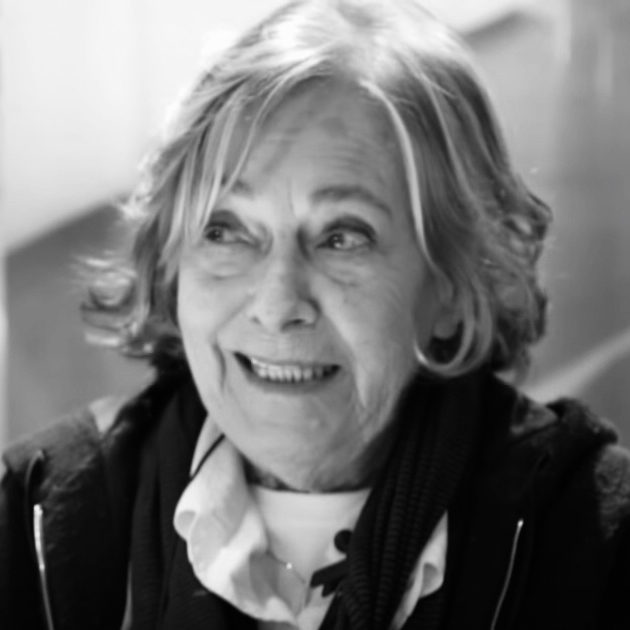 “Architecture is provocative because it helps people to live. It’s a form of creativity that takes its origin from life itself.”

Cini Boeri (born 1924, Milan, Italy-died September 9, 2020, Milan, Italy) is one of the leading female designers of her generation. Born Maria Cristina Mariani Dameno in Milan in the midst of the “Roaring Twenties,” Boeri graduated in architecture at the Politecnico di Milano in 1951, and then went to work for Gio Ponti for a short period of time, and then with Marco Zanuso–with whom he worked until 1963. At that time, she decided to open her own design studio, Cini Boeri Architetti, where she was able to explore the new forms of industrial design alongside her ongoing passion for architecture and exhibit design.

One of the elements to Boeri’s work that set her apart from the other Italian designers of the later 20th century, was that Boeri constantly considered the relationship between design and the human experience. As a result, many of her pieces reflect upon this connection in an effort to bring spaces – either furnished or built – into a new sense of alignment. Boeri synthesized this design outlook with her 1980 book, The Human Dimension of Home Living. read more

The 1960s and 1970s were awash with furnishing design successes for Cini Boeri. Her partnership with Arflex was particularly prolific and successful; for them she designed the Borgogna sofa (1964), the Bobo chair (1967), the iconic Serpentone continuous sofa (1971), the Strips Series (1972)–which won Boeri the prestigious Compasso d’Oro award in 1979, and the Botolo chair (1973), among others. Among Cini Boeri’s later designs are the Ghost chair for Fiam (1987), made of a single glass sheet, cut and shaped into an armchair; and the Bebop sofa for Poltrona Frau (2010),

Beyond her work as an architect and designer, Cini Boeri has taught at several universities, including the Politecnico di Milano, the University of California at Berkeley, the Cranbrook Schools in Detroit, and the Nucleo del Deseno Industrial di São Paulo.

She was the recipient of the Italian Cultural Institute of Los Angeles Lifetime Achievement Award in 2008 and, since 2012, has been included as an honorary member of the acclaimed Associazione per il Disegno Industriale (ADI). In 2011, she was awarded the Compasso d’Oro for Lifetime Achievement. Her son, Stefano, has followed in his mother’s footsteps to also become a noted architect.

Her work has been exhibited at the Louvre Museum in Paris, the MoMA (Museum of Modern Art) in New York, and the museum of Triennale di Milano.

For additional information on Cini Boeri, please visit the following: