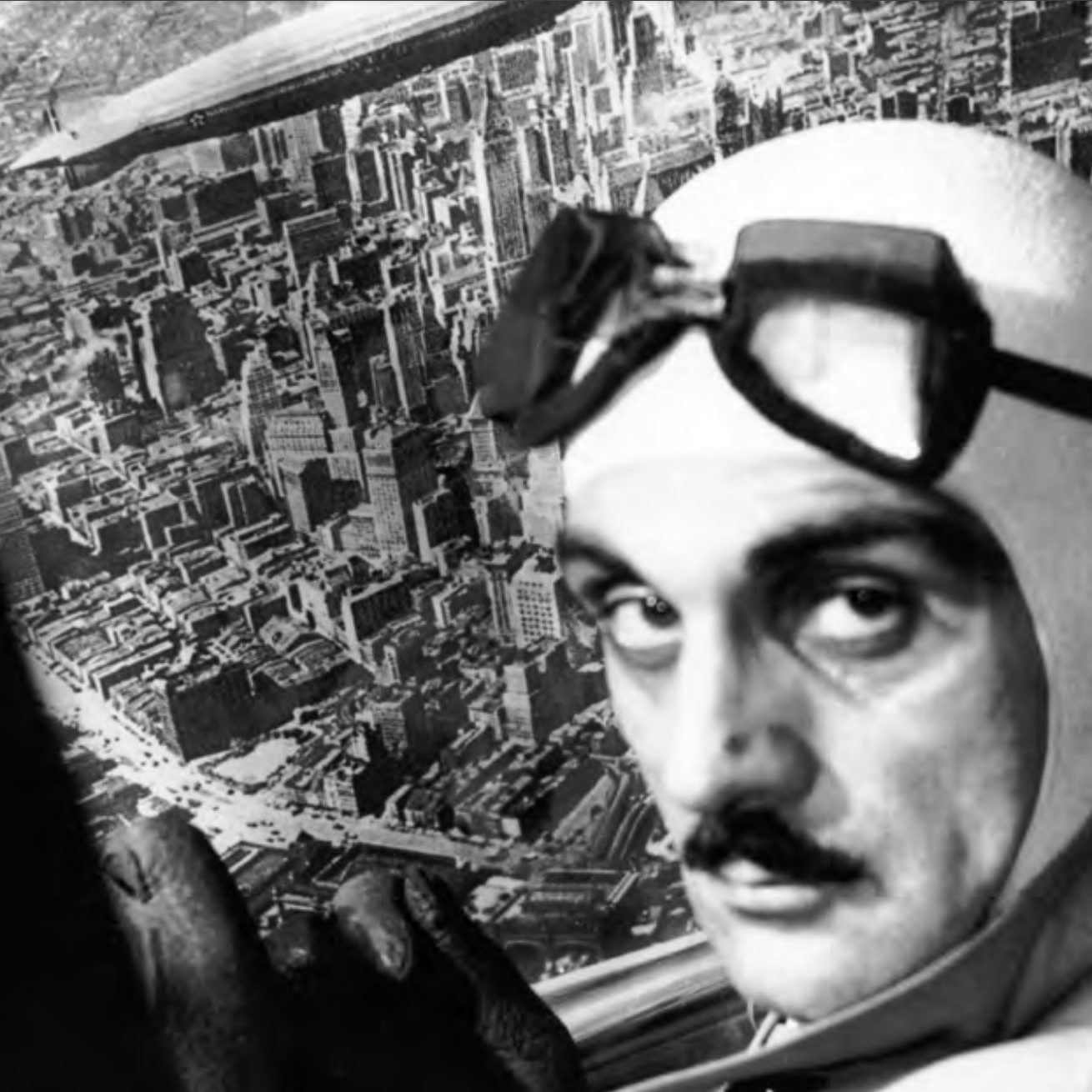 “Only when a work is not explainable other than in terms of itself can we say that we are in the presence of art.”

After studying mechanical engineering and art history, followed by architecture at Turin University, Mollino went to work for the engineering company owned by his father, Eugenio Mollino. By the 1940s, Carlo was creating his own furniture designs and architectural projects. He took part in various architecture competitions (winning first prize for the Federazione Agricoltori) and collaborated with other artists, such as Italian sculptor Umberto Mastroianni with whom he designed the Monument to the Partisan in Turin. read more

His work was often considered outrageous, flamboyant, versatile, futuristic, surrealist, eclectic, and eccentric, to say the least. He himself described his work as “Turinese Baroque.” With the introduction of the Polaroid instant camera, Mollino created a series of portraits in his studio-home, Casa Miller. A house he never lived in, but where he would go every day to work, and which was along the Po river and across the street from where his good friend and artist Carlo Rama lived.

Given the influence that futurism, surrealism, and eroticism had in Carlo Molino, it is not surprising that his furniture designs would be uncommon to the patterns and predilections of other Italian contemporary designers. Carlo Mollino’s furniture designs were often voluptuous, biomorphic and elaborate and atypical from the prevalent Rationalist tendencies of the Milanese design of the time. An example of Mollino’s unique stile, is the Arabesque Table that he designed in 1959. This table was made out of bent Plywood and glass with a marked influence of surrealist artists Jan Arp’s and Leonor Fini’s biomorphic shapes in the form of a woman’s torso.

In 1952, Carlo Mollino designed an armchair for the Casa del Sole in Cervinia, for which he applied his patented cold-molded plywood process, creating an armchair with legs and armrests that consisted of a continuous bent wood layers. In 1953, applying the same process, Mollino designed fir Casa Cattaneo Agra in Varese a chair made entirely of molded wood, and continued to apply a similar process using continuous bent wood to several of his signature furniture designs.

Carlo Mollino was notably prolific as a photographer and designer, but as an architect he only built 9 buildings throughout his career: the Equestrian Association Società Ippica Torinese in Turin (1937, but demolished in in 1960), ski resort Slittovia del lago Nero in Sauze d’Oulx–a town close to Turin (1946), house Catteneo Agra in Varese (1952), Auditorium RAI in Turin (1952), ski resort Casa del Sole in Cervinia (1955), Aero Club Torino building in Turin (1958), Camera di Commercio in Turin (1964), and the Teatro Regio Torino in Turin (1973).

Today, his furniture can be found in museums around the world, including museums in New York, Paris, and London. Unfortunately, since his furniture designs were usually produced in limited quantities it is difficult to find original editions of his work.

Among some of the recent solo museum exhibitions around Carlo Mollino’s life and work are:

For more information on Carlo Mollino, visit the following:

Photo by: Simone Solinas of Teatro Regio under Creative Commons

The Furniture of Carlo Molino