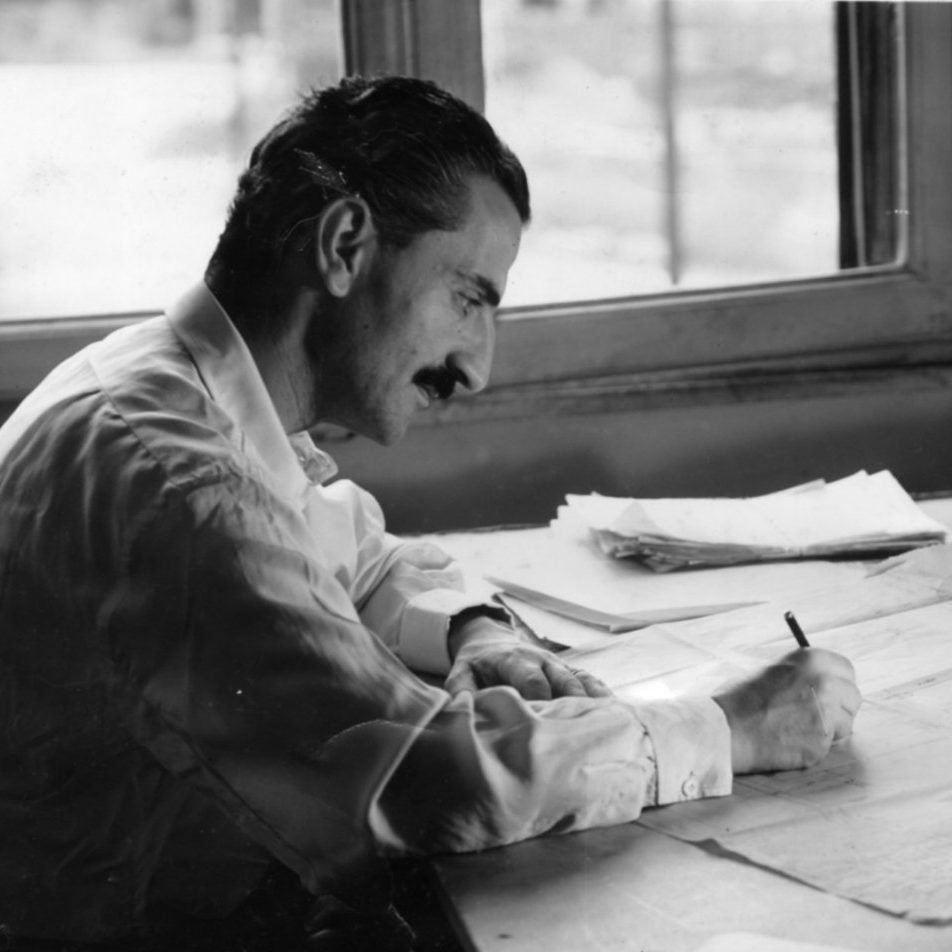 “A chair, an armchair or a table must be elements in which one can feel an individual presence…their design should respond to the thinking and the actions of the people who live in that environment.”

Carlo de Carli (bon 1910, Milan, Italy–died 1999, Milan, Italy) was an Italian modernist designer, architect, essayist, and academic. He graduated from Politecnico di Milano in 1934 and later worked at the studio of Gio Ponti, subsequently opening a studio with Renato Angeli. In 1940, he began collaborating with the Triennale di Milano (Milan Triennial), which led him to assume the responsibilities of a member of the Executive Committee and of the Board of Directors of this important event.

Carlo de Carli made most of his architectural and design work between World War II and the early 70s. Among his most significant architectural projects are the residences and office building at Via dei Giardini 7 in Milan, which included the tiny Sant’Erasmo Theatre, the Opera Don Calabria at Cimiano, and the Church of Sant’Ildefonso in Milan. read more

Carlo de Carli was a prolific furniture designer, especially of chairs, desks, and tables, and worked with the leading craft and industrial design companies of the time, such as Cassina, Singer & Sons, Osvaldo Borsani’s manufacturing company Tecno, and Gubi.

In 1954, de Carli won the Compasso d’Oro, the highest industrial design honor in Italy, for his design of the Model 683 chair for Cassina, and in 1957 he was awarded the Triennale Grand Prix for his design of the Balestra arm chair for Tecno. From 1965 to 1968, he was Dean of the Faculty of Architecture at Politecnico di Milan, where he taught until 1986. From 1986 until his death in 1999, Carlo de Carli continued researching and writing about design and architecture. His most important writings are collected in the book titled Primary Space Architecture.