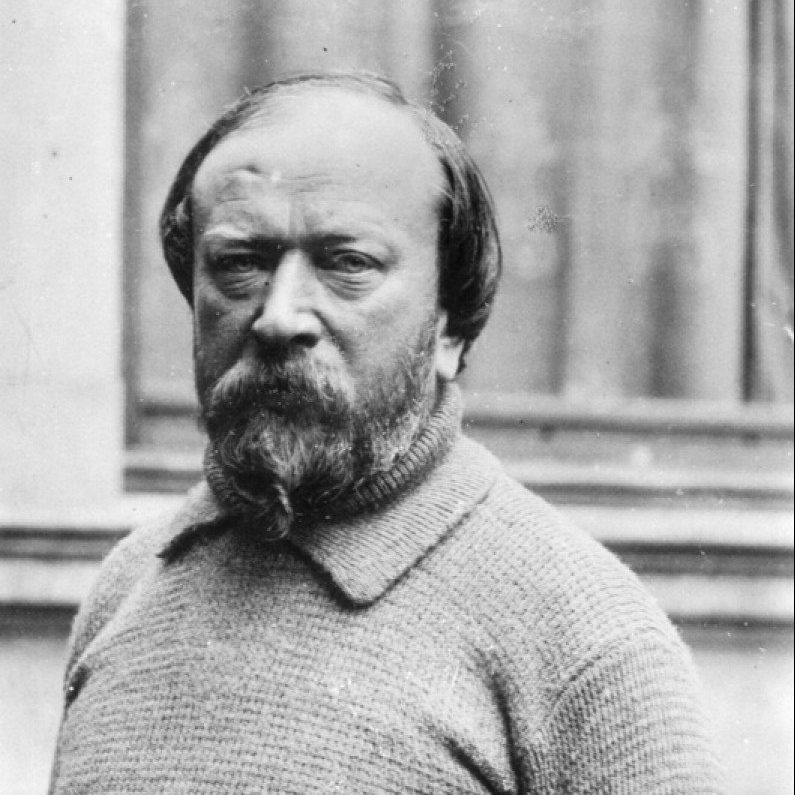 “The first in Italy to create, and not just to dream, a modern style of furniture”

Carlo Bugatti (born February 2, 1856, Milan, Italy–died April 1940, Molsheim, France) was an Italian decorator, designer, and maker of Art Nouveau furniture, jewelry, and musical instruments. His distinctive aesthetic combined the organic and the exotic in novel ways that resulted in a body of work unique among the art of his contemporaries.

Carlo Bugatti was the son of sculptor, interior designer, and architect Giovanni Luigi Bugatti. He had early training at the prestigious Accademia di Belle Arti di Brera in Milan before relocating to Paris in 1875 and then continued his studies at the internationally renowned Académie des Beaux-Arts. read more

Although he would return to Milan after completion of his training to establish a studio, his time in Paris this early in his life, and during the culturally rich period at the end of the 19th century, greatly impacted his personality and style. In 1880, he started to make furniture in Milan, and promptly gained recognition with his ornamented, rectilineal, and oriental-inspired furniture designs. By the mid 1880s, he had already earned international acclaim, and at the 1888 Milan Industrial Arts Exhibition his works were very well received generating immediate demand from wealthy European clientele.

At the Exhibition for Modern Decorative Arts in Turin in 1902, he cemented his status as one of the most influential designers of his generation, but this time with the introduction of curvilinear and more softly decorated furniture designs showcased in a group of four interior spaces. One of these spaces was a game room that centered on the organic elements of the curve and the spiral, motifs that earned the space the moniker of the “Snail Room.” To accompany the game table in this suite, Bugatti created four Cobra chairs, made out of wood covered in parchment painted with geometric designs of dragonflies and flowers and painted copper, so named because of their sinuously curved back that curled from the seat up to the back rest, where it fanned to resemble the well-known serpent. Bugatti further amplified this “arabesque” form by encasing the entire chair with a satiny vellum, transforming the wooden base to give it the appearance of smooth ivory. These designs came to be part of one of the most definitive periods of Bugatti’s career.

During the subsequent decades, Bugatti continued to innovate and incorporate a myriad of motifs and styles in his works. From quotations of nature to echoes of eastern Moorish style, Bugatti explored the potential of the Art Nouveau era. His sons, Ettore (1881–1947) and Rembrandt (1884–1916), followed in their father’s path to become prominent designers, but it was the body of work produced by Carlo Bugatti that truly transformed the dialogue surrounding avant-garde early 20th century design.

After the suicide of his son Rembrandt in 1916, Carlo Bugatti, then 60, remained influential and an active furniture maker and designer, but produced much fewer pieces. In 1935, at the age of 79, he moved to the town of Molsheim in Alsace, France, where his son Ettore lived, and retired with his wife, Teresa. He died in Molsheim in 1940.