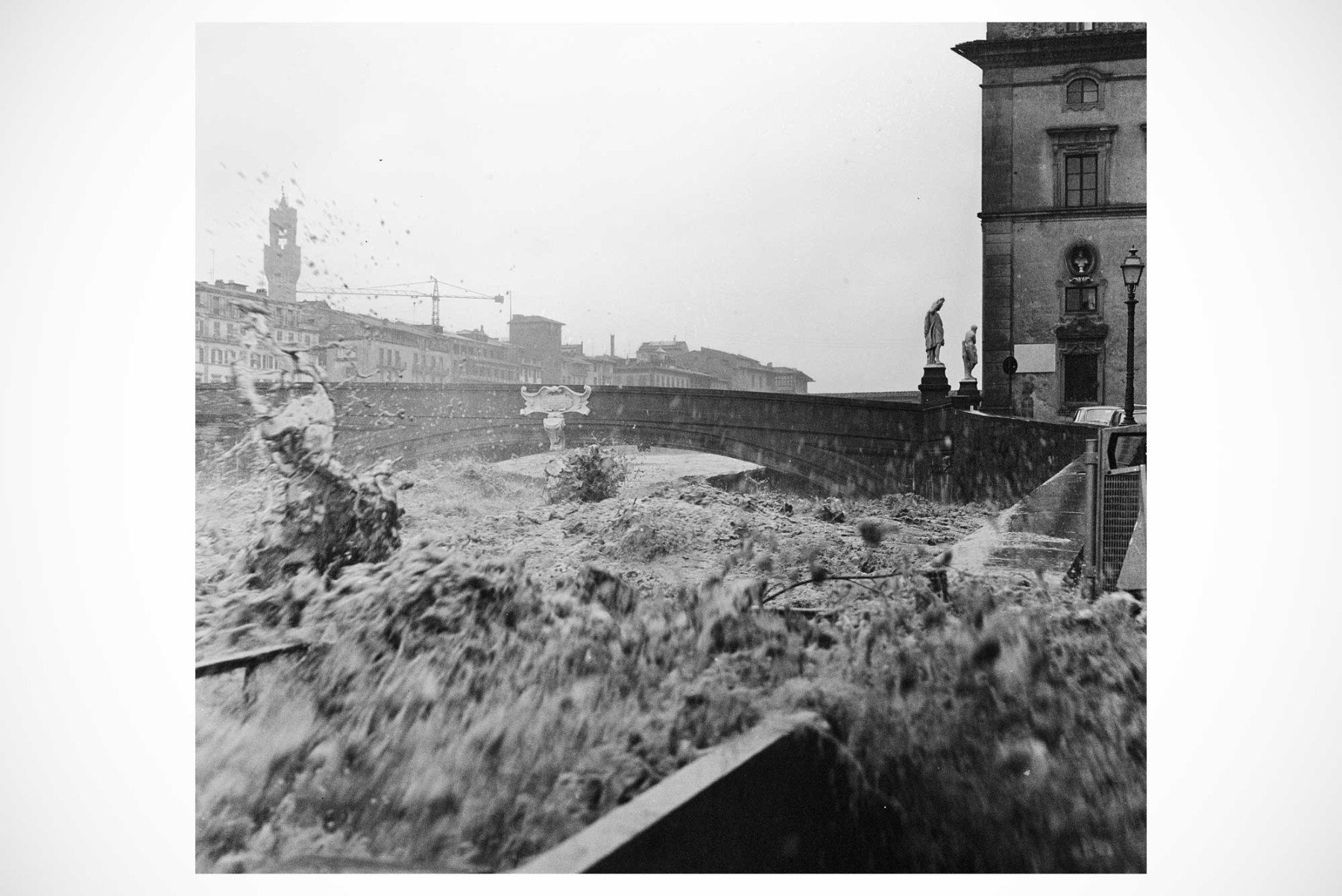 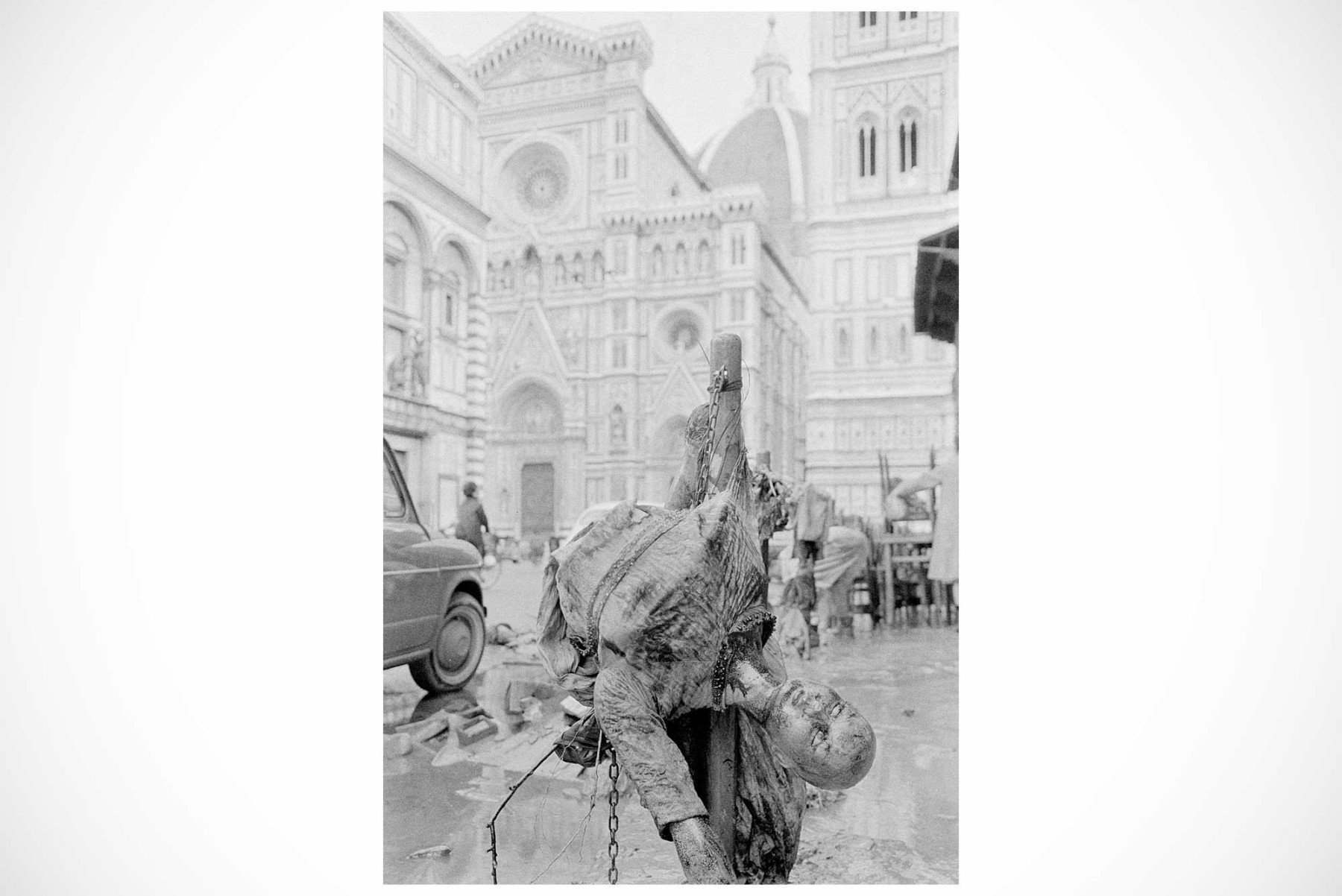 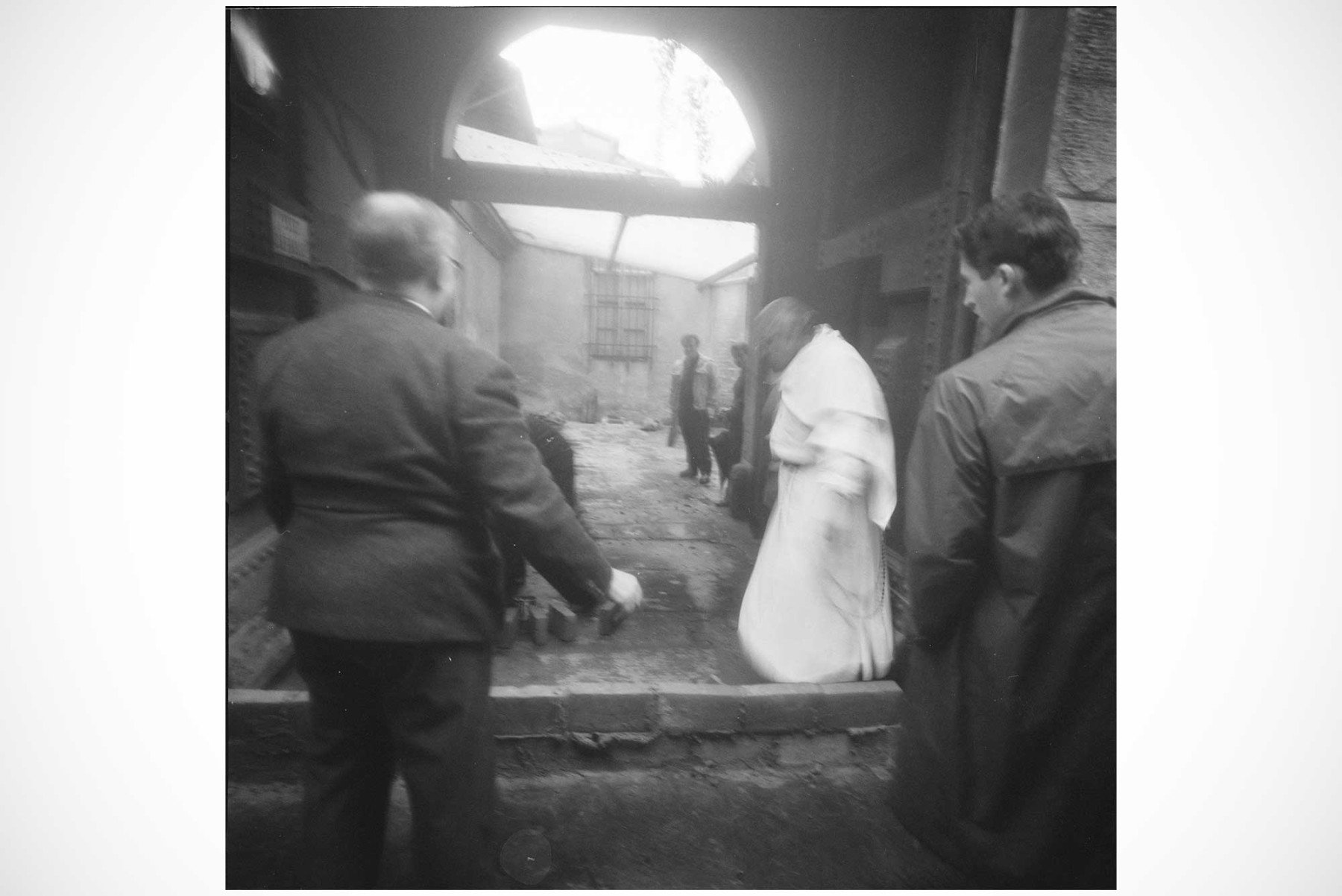 Casati Gallery is pleased to announce the presentation of unique vintage prints from Korab Image, the archive of Hungarian-born photographer Balthazar Korab (1926-2013). Exhibited at FOG Design + Art 2017, these images chronicle the intimate dominative scale of the Florence flood of 1966.

This selection from Balthazar’s Italy portfolio introduces just one view of Balthazar’s 50-year long career. Unlike contemporaries Ezra Stoller and Julius Schulman, Balthazar was a practicing architect. He apprenticed with Le Corbusier, served as one of Eero Saarinen’s principal designers, and was personally invited by Frank Lloyd Wright to work at Taliesin. So trained, Balthazar spent a lifetime summoning drama from inert stone, stimulating our holistic awareness of the built environment.

As a refugee of World War II and Soviet-occupied Hungary, Balthazar had the great fortune to raise a family in Bloomfield Hills, Michigan while exploring the world. Yet rather than simply documenting architects’ works of art, Balthazar chose to interpret our built environment on behalf of its citizens, laborers and founders—never sacrificing truth for beauty in pursuit of the holistic image.