Giò Pomodoro (November 17, 1930, Orciano de Pesaro, Italy–December 21, 2002, Milan, Italy) was a multifaceted mid-century Italian abstract artist. From sculpture and printmaking to jewelry and stage design, Pomodoro embraced the exploration of organic materials and fluid motifs to become one of the most celebrated sculptors of his day.

Pomodoro was born in Orciano di Pesaro, on the eastern coast of the Italian peninsula, in November 1930 and moved with his family to Pesaro the subsequent decade. It was there that Pomodoro was exposed to the art of metal engraving, and it was perhaps this experience that fueled his passion for the materiality and malleability of metal forms in his later work. read more

By the mid 1950s, Pomodoro had moved to Milan, where he fell into an avant-garde circle of artists whose influence inspired him to explore this sense of materiality across jewelry and sculptural designs. He also became involved with Il Gesto, a publication that brought Pomodoro in contact with essential figures, such as Lucio Fontana, Achille Perilli, and Giulio Turcato.

By the end of that decade, Pomodoro’s work had been included at the 1956 Venice Biennale and the 1959 documenta 2 in Kassel, Germany. His success in this early phase of his career meant that by the 1960s Pomodoro was firmly ensconced in his sculptural approach, which embodied a blend of modernist minimalism with a powerful sense of organic simplicity. Subtle contours and elegant finishes transformed Pomodoro’s sculptural work to evoke a fresh, organic approach that defied the austere lines and geometric forms that dominated many of the studios of the day.

The late 1960s witnessed Pomodoro’s debut in United States galleries, and while his success as a sculptor continued, in the 1970s and 1980s, Pomodoro again worked on set design. The sets that he created for the operas of Giuseppe Verdi and Wolfgang Amadeus Mozart were received with great acclaim. His career came to a sudden halt, however, when he suffered a stroke in the later 1980s. At that point, his production came to a standstill, but his acclaim continued to grow. He was honored in 2002 with a Lifetime Achievement Award in Contemporary Sculpture from the International Sculptural Center shortly before his death late that year.

For more information on Giò Pomodoro, visit the following: 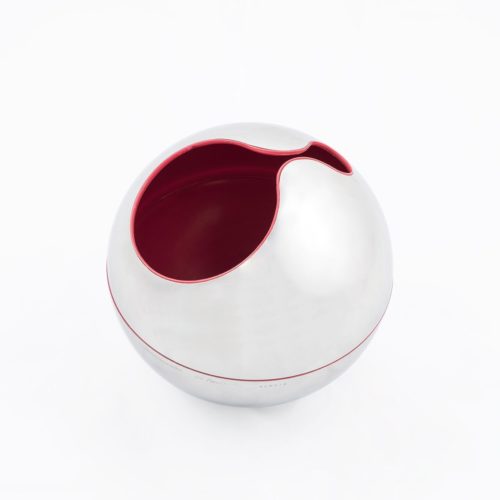